What do your stereotypes let us do? And how do they limit us? And what can prejudice do? We live at a time and in a society where expressions of hate are becoming a routine part of our lives. These times also test our capacity for solidarity.  Hitherto unseen numbers of people are streaming to Europe in an effort to escape wars and poverty. At the same time, many people who already live among us encounter prejudice, ridicule, and even violence, subjected to hatred for the colour of their skin, sexual orientation, or for being poor.

The DeTermination exhibition, the hitherto largest solo show by Czech multimedia artist Daniel Pešta in the Czech Republic, features a selection of his works dealing with issues of genetic, racial, and social determination. Daniel Pešta works with a number of symbolic parables, but his critique is often aimed at specific targets. It deals with politics, the hypocrisy of organized religions, the tragedy of the Holocaust, stigmatization of social minorities, or for example gender-related prejudice.

Together and through the exhibited works, we will explore how our stereotypes work so that we can then subject them to a critique in a moderated debate. The experience of various perspectives. 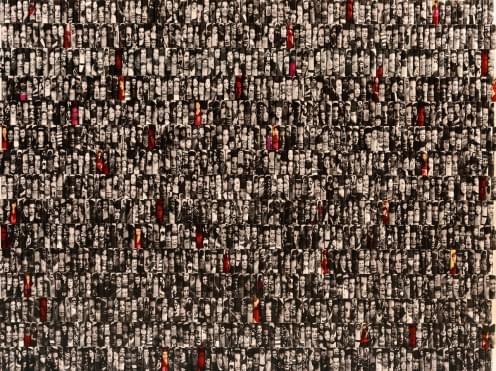 Teaching tips:
As a classroom activity prior to this programme, we recommend the interactive map of social stereotypes, which contains an educational map for students and instruction guidelines for teachers.