This suggestive living sculpture contains references to old memories and Moroccan choreographer Bouchra Ouizgen’s first mystical experiences. Long nights of Isawa and Hmadcha rituals were a regular occurrence in the Marrakech region, their monotonous repetition of rhythmic phrases to the sound of drums bringing the participants into a trance. These rituals are part of an ancient heritage that links the community at levels deep within the subconscious, bringing a sense of togetherness, safety, and joy. Inspired by her childhood experiences, history, observing nature, and the conviction that her country’s culture may be perceived not only physically but also directly from the heart, Ouizgen created a thirty-​minute performance played out away from the comfort of a theatre auditorium – in public spaces, exhibition halls, and galleries.

A horde of black-​clad women moves quietly through a space up to the moment when their suppressed cries and increasing jerking movements evoke the impression that time and space have disappeared. They are like a congress of crows, from which the choreographer has stripped all of the negative connotations that Western culture associates with these birds. For her, crows are highly intelligent creatures with a sophisticated social structure and an advanced form of internal communication. Another of Ouizgen’s areas of interest is ninth to twelfth century Persian literature, and here she finds the level of social respect achieved by the unrestrained and, in their own way, wise orations of madmen, or the behaviour of sensitive and unconventional women. 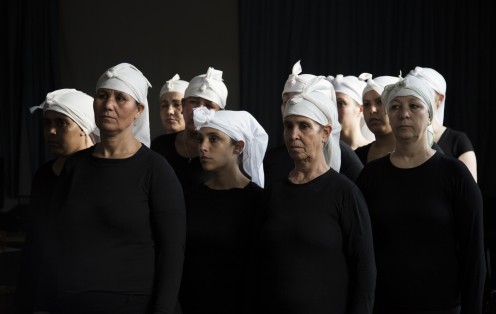 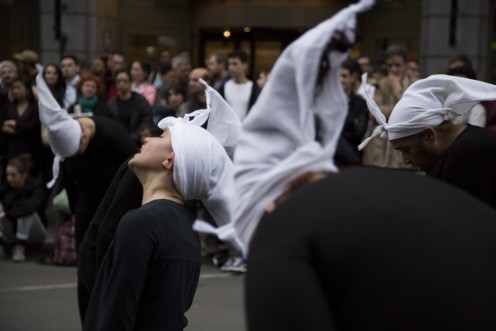 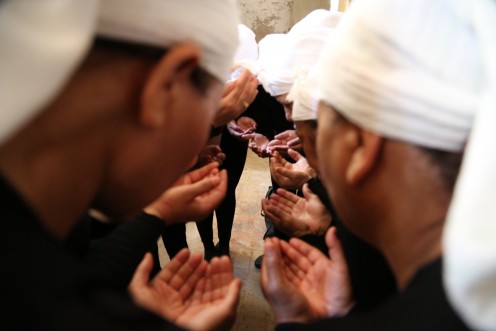 Crows was first performed in front of the railway station in Marrakech in 2014 during the Biennale of Contemporary Art and originally planned to be a one-​time event. Because it was so successful, it went on to appear in other countries – Great Britain (Tate Modern), France (Centre Georges Pompidou), Belgium, Germany, Lebanon, the USA, and others.

Bouchra Ouizguen (b: 1980) is a Moroccan dancer and choreographer based in Marrakech, where she has been actively involved in developing the local dance scene since 1998.A self-​taught performer, she has been an oriental dancer since the age of sixteen. Her first experimental pieces include Ana Ounta and Mort et Moi, which were inspired by cinema, literature, and music. In the past, she has collaborated with French choreographers such as Mathilde Monnier, Bernardo Montet, Boris Charmatz, and Alain Buffard. In 2002, she and Taoufiq Izeddiou were co-​founders of the contemporary dance company Anania. Ouizguen uses her own personal interest in society, the fine arts, and pop culture to encourage sound, performance, and video arts in her native country.

In 2010, she received the New Choreographic Talent Award from the French Society of Dramatic Authors and Composers (SACD), and the Special Jury Award from the professional trade union of theatre, music, and dance critics for her liberating piece Madame Plaza, in which she shared the stage with three performers who follow the singing and dancing traditions of the cabaret chanteuses known as Aïtas.

In 2011, Ouizguen collaborated with choreographer Alain Buffard for her solo performance in Voyage Cola for the Sujets á Vif section of the Festival d’Avignon. Then, in 2012, she created HA! For the Montpellier Danse festival, which she also performed at the Centre Georges Pompidou in Paris. It was this particular work that inspired Corbeaux /​ Crows.