In cooperation with the DOX Centre, Czech photographer Iveta Kopicová presents a project focusing on contemporary Cuban art. The five artists that will be featured in the CUBA EN VIVO (Cuba Live) exhibition presents Cubans/​artists that do not want to escape. They perceive their traumas, poverty, or political disappointment as a challenge for their art. In Cuba, patriotism can be much stronger than what we Czechs are familiar with... Yo soy Cubano (I’m Cuban) ... is a proud statement.

In recent years, Cuba has been undergoing significant transformation. Individual countries have been renewing relations with Cuba, but on the political front, nothing has changed there. In fear that the country is being sold off cheaply, people are running away. In 2015, the island saw the largest exodus of its population in the past decade. In Havana, art is a major social topic. There are many state-​supported art studios, as well as a strong independent art scene that is fed by the need to differ, to get to the root of things, to reject compromise. Young people are especially full of energy and are looking for a way to freely express themselves regardless of commercial success.

To what degree will this energy change when confronted with Cuba’s hesitant opening up to the world? The current dialogue between the USA and the existing leadership is perhaps just a road to commercialism, and not to freedom. For a number of artists, these changes are just economic collaborationism, another case of submission, just of a different type. What connects the exhibiting artists is their need to differentiate themselves, both from the existing dictatorship and from creeping commercialization without any guarantee of personal freedoms. 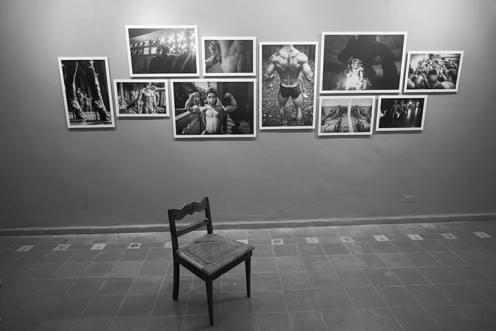 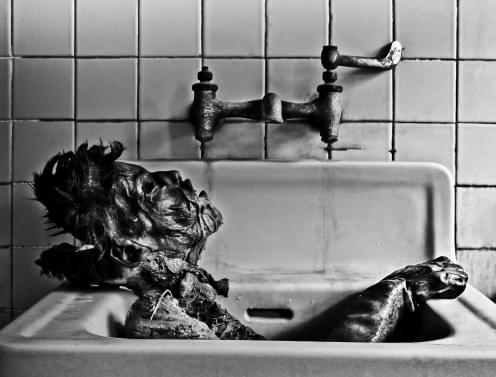 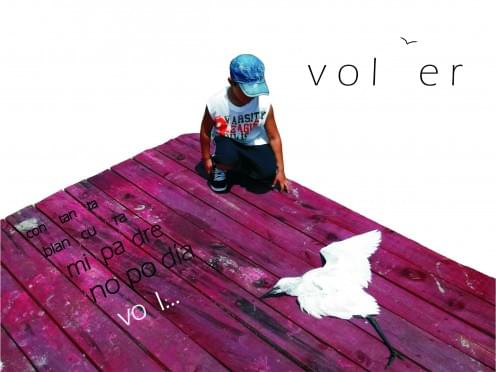 The exhibition primarily focuses on young artists. Arien Chang Castan belongs to a group of young documentarians that “see with the heart”. Rodney Batista Herrera deals with death, which is a major subject in Cuba that is connected to its origins. Ricardo Miguel Hernández uses individual topics to examine society as well as himself from various angles. Maczel Lang Santiesteban is a painter who deals with the relationship between man and matter. They are joined by Francis Sanchez, an artist of the previous generation, who as a dissident has never had a chance to properly exhibit his work, and who brings the perspective of a strongly religious individual who has tried to live in truth his entire life. His typographical poems speak like the open wounds of many Cubans...

Arien Chang Castan (1979, Havana) His father taught him to see the world through an old Zenit camera, which fascinated him. He applied for art school, but in vain. He took various photography courses, but they failed to reveal any secrets. So he went out into the streets of Havana, eventually also into the countryside, and for seven years shot the daily life of Cubans, without any particular goal in mind. He was lucky to have good advisors who led him to study the work of Henri Cartier-​Bresson, Bruce Davidson, Sebastiao Salgado, Josef Koudelka, Abbas, Eugene Smith, and others, who inspired him to shoot in black and white, with which he thought he would stay. But David LaChapelle and Alex Webb gave him the courage to work in colour, which he considers to be much more comprehensive and demanding. Today, Arien is a recognized documentary photographer, of which Cuba has few. His photos have been published by National Geographic... and to this day he hopes that they will pay him too. He continues to shoot daily life, ballet, bodybuilding, charcoal production, and other topics.

Rodney Batista Herrera (1988, Havana) He studied photography and today works as a professor at ISA, where he teaches photography. He describes his own photos with a quote from Juan Rulf: “When they leave, who will take our dead? They live here with us and we cannot leave them alone.” At the same time, he himself says: “I want to create a different reality through images that are beyond the scope of reality like questions dealing with the mystery of life and death.”

Ricardo Miguel Hernández (1984, Havana) At university, he studied under a prominent Cuban artist, Taniy Bruguera, who now lives in exile. He uses various media that have a common denominator: an ongoing investigation of socio-​political contexts based on his own experiences. This allows him to approach that which is “unlimited” in a way where the result can have multiple meanings. His work creates a subtle flow of information born of narratives and metaphors, be they photographs or audio-​visual works.

Maczel Lang Santiesteban (1984, Havana) A painter who investigates the heritage of Cuba’s original cultures, today strongly influenced by advertising, consumerism, and trends. He searches for an image of a society that is Cuban and contemporary. He uses logos and trademarks of Cuban products as pieces of a puzzle that he uses to compose new images, unlike the original products. Despite the fact that he has problems with vision, his paintings are incredibly detailed.

Francis Sanchez (1970, Ciego de Avila) An artist, a poet who works with photos, text, and colours. In his work, he investigates distance and the ability to admit selfishness, isolation, and falsehood. His visual poetry personalizes the wounds of many Cubans. In 2008, he received a BSc in socio-​cultural studies at the University of Havana, and in 2012 he graduated from Universidad de las Artes (ISA) in Havana. He worked as an editor of books and cultural magazines. In 1996 he joined the National Union of Writers and Artists of Cuba (UNEAC), but cancelled his membership in the organization in 2009in an open letter. In October 2010 he started a blog entitled “Man in the Clouds”, in which he published his criticism of the regime. In March of the following year, he was forced to abandon these activities. He has published on the order of twenty books that have received several national and international awards. In September 2015, he created an independent online cultural magazine, www.arbolinvertido.com, where he publishes his photos and visual poetry. He refuses to exhibit in galleries, where everything must first pass through official censorship.

Photos from the exhibition opening 21 January 2016. 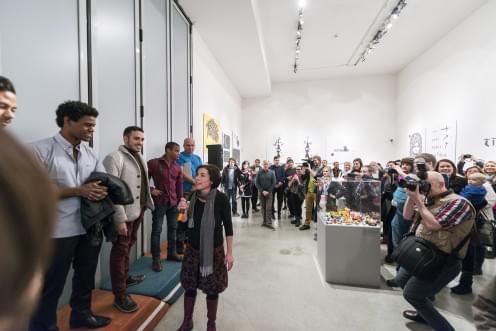 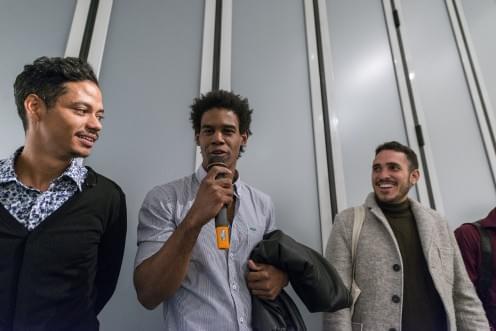 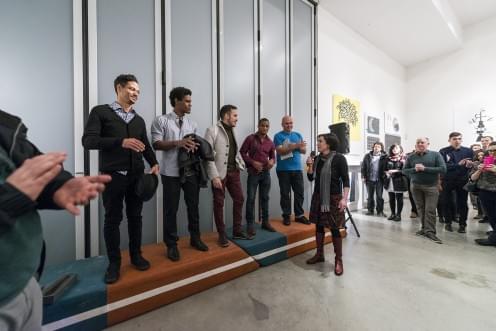 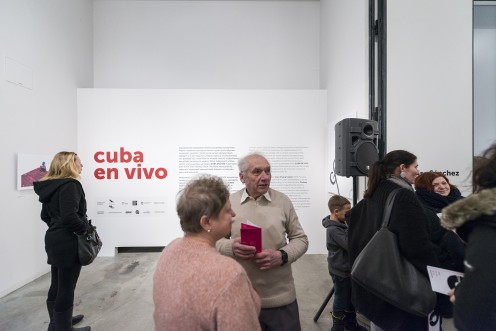 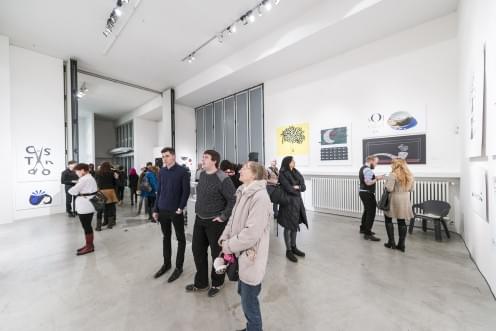 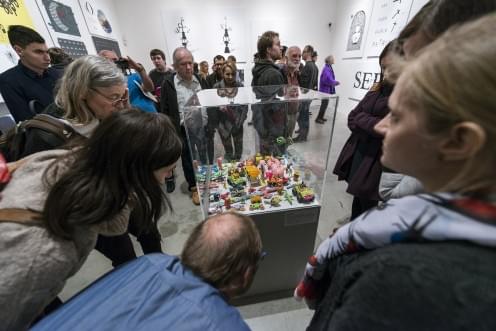 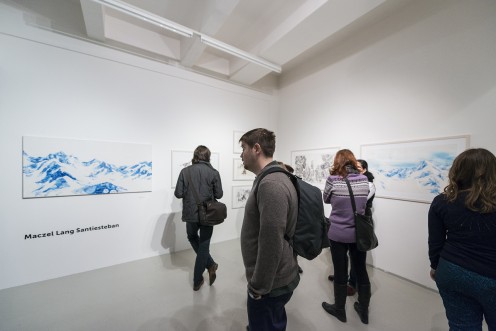 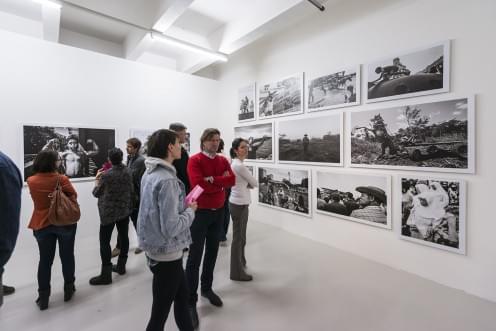 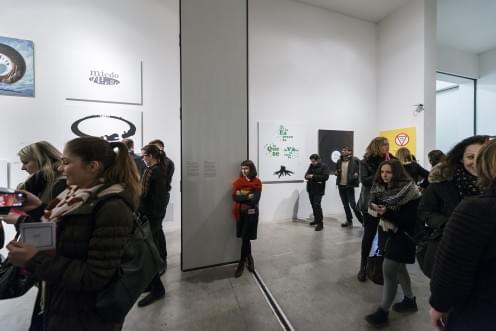 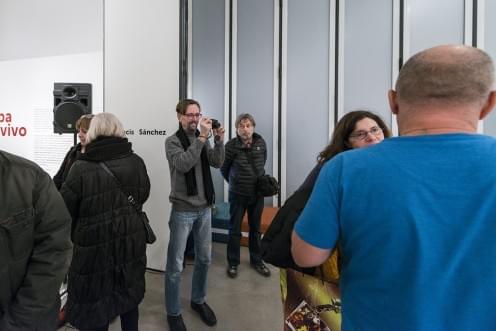 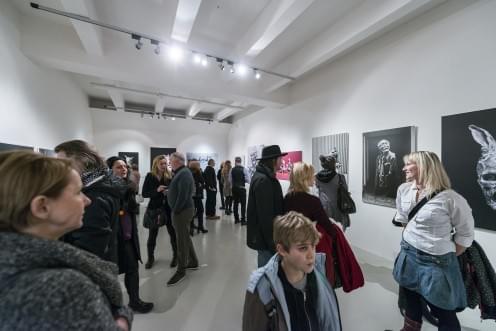 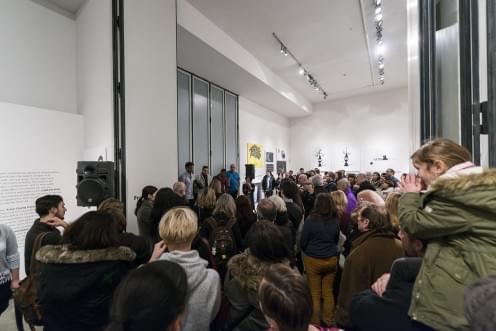