Go deeper
DeTermination, the hitherto largest solo show in the Czech Republic by Czech multimedia artist Daniel Pešta, presents a selection of his works on issues of genetic, racial, and social determination, for which he won an award at the London Biennale this year. The exhibition follows several central motifs – a mask, the genetic code, and the subject of Christ, which repeat periodically in Pešta’s work and which he addresses in a systematic manner.

His video art, paintings, and objects focus on individuals and their helplessness in the face of their fate, or on the contrary depict the destructive power of anonymous society. For the centrepiece of his exhibition at the DOX Centre for Contemporary Art, Daniel Pešta chose a two-​headed calf – an ambivalent being that elicits compassion, sometimes ridicule and perhaps also disgust, that peers down from its pedestal of a sacrificial animal on the absurdity of unavoidably repeating catastrophes caused by man.

The exhibition follows several central motifs that repeatedly occur in Pešta’s work and that in varied artistic approaches offer multiple layers of significance and context.

Pešta’s key element is a mask – an imprint of his own face. But on another level it can also be perceived as a symbol of pretence that when multiplied creates a shapeless mass lacking any characteristic traits.

Similarly, the lives of ancestors in genetic code structure, meld into a contiguous mass. People’s faces and figures suddenly become a mere structural element that forms a future individual and his private, family, and social stereotypes.

Pešta sees man’s lot as a desperate Sisyphean effort, which he depicted in a series of video art pieces that accompany the viewer throughout the entire exhibition, and in which naked bodies trudge along, enclosed in transparent cubes.

Daniel Pešta works with a number  of symbolic parables, but his critique often focuses on specific targets. It touches upon subjects such as the absurdity of politics, the hypocrisy of the Church, the tragedy of the Holocaust, the stigmatization of social minorities, and gender stereotypes. The moment an individual is subsumed by a nameless mob, an institution, a political group, or for example just a school class, he is in danger of also becoming a victim, or on the contrary an instrument of injustice.

In the impossible situation of the human race, Pešta nevertheless sees a certain hope, which he depicted in an unconventional manner in his Annunication series. His contemporary sexless Madonnas and mutated Christ figures are stripped of direct religious context and seem like a universal symbol of individuality that defied its determination and has bridged it. In every future life there slumbers a promise that a new person will be able to fulfil his singular destiny and touch a transcendental dimension of existence. 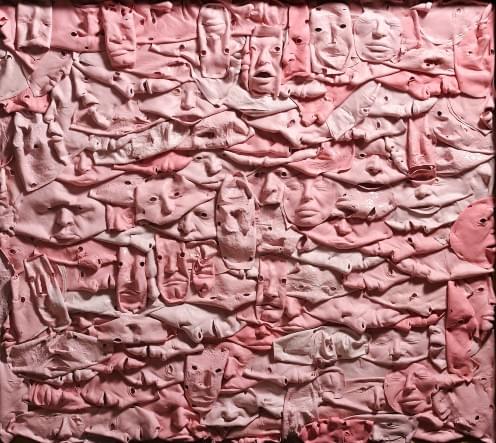 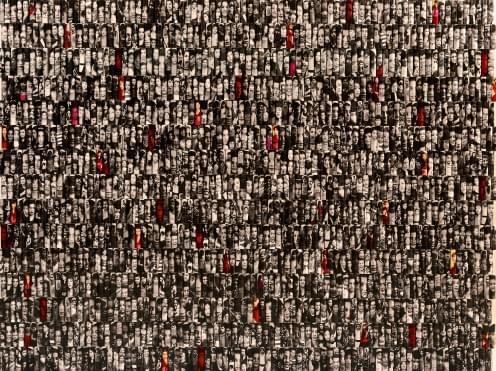 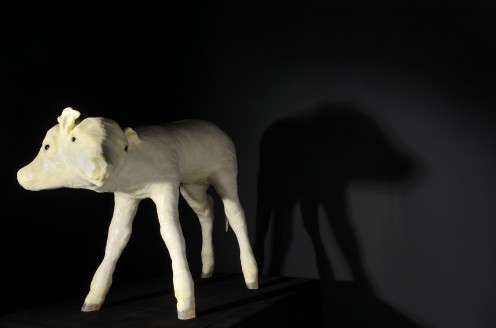 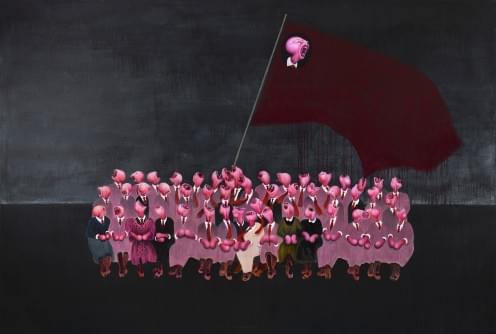 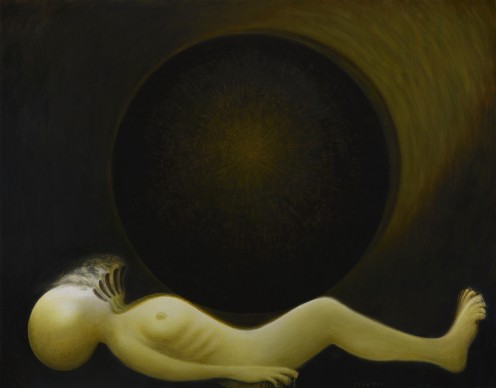 At the 2013 Venice Biennale, Daniel Pešta presented his project focused on the stigmatization of the Roma, entitled I was born in your bed. In subsequent years of the Venice Biennale (2015 and 2017) he was always represented by a separate room in the collateral event entitled Personal Structures. In 2017 he received the second prize in painting at the London Art Biennale. Pešta has had solo shows at the Museum of Cultural History in Osnabruck, the Museum of Persecuted Art in Solingen, the Gulag Museum in Moscow, Gallery Artinbox in Prague, or for example at the White Gallery and in the Riding Hall of Castle Hill in Litomyšl. Daniel Pešta’s works have also been part of projects such as Where Is My Home and Brave New World at DOX, where his hitherto largest solo show in the Czech Republic will now take place.