“Keret House”, considered the narrowest house in the world, is such a noteworthy project that the Museum of Modern Art in New York (MoMA) recently included a model of it in its collection of contemporary architecture, featuring it in its “Conceptions of Space” exhibition that presented new additions to the collection from 4 July to 19 October 2014. Just a year later, Prague’s gallery-​goers will have the opportunity to familiarize themselves with this project and others by Jakub Szczęsny within the scope of an exhibition entitled Jakub Szczęsny: Operations.

Szczęsny’s work is characterized by exceptional creativity and wit, even there where other architects, overwhelmed by unfavourable circumstances, decide to give up the job. He doesn’t avoid small contracts or temporary installations, and his exceptional and playful approach changes them into noteworthy and attractive feats with significant media overlap and social impact. His drawings and comics, through which he expresses the essence of his concepts in a simple and original manner, makes everything even more attractive. One can encounter Jakub Szczęsny’s designs and works not only in his native Poland, but also in Israel, Palestine, Australia, Turkey, Germany, India, Mexico, and the USA.

The Jakub Szczęsny: Operations exhibition at the DOX Centre is the culmination of Czech tour of an exhibition that in various forms and under the name “KERET HOUSE… or How to Make a Crevice into a Home, and Other Projects by Jakub Szczęsny” has been taking place since 2013 under the care of Tadeáš Goryczka, Jaroslav Němec and Gabriel Kurtis, curators of the Architecture Cabinet. Given the space provided, the Prague presentation will be supplemented by new objects and his latest projects. 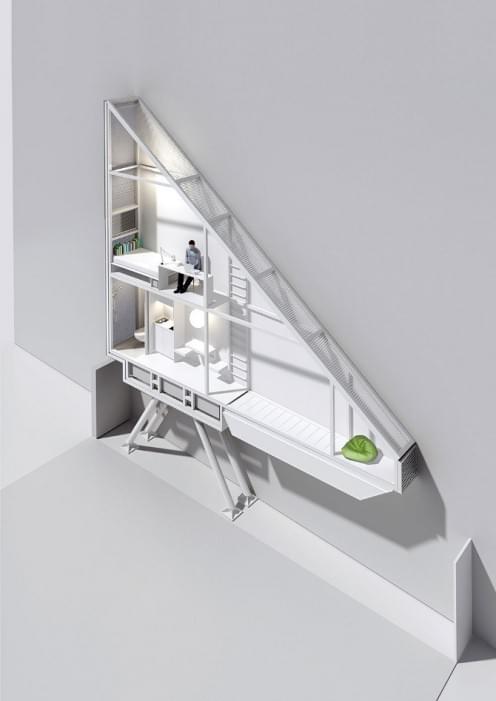 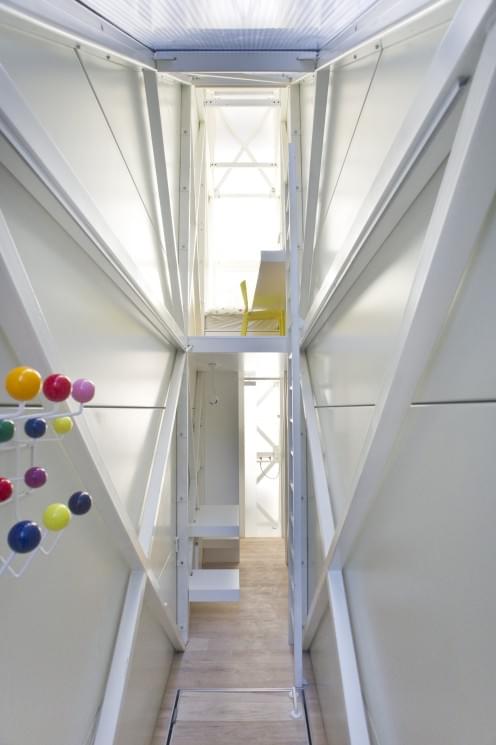 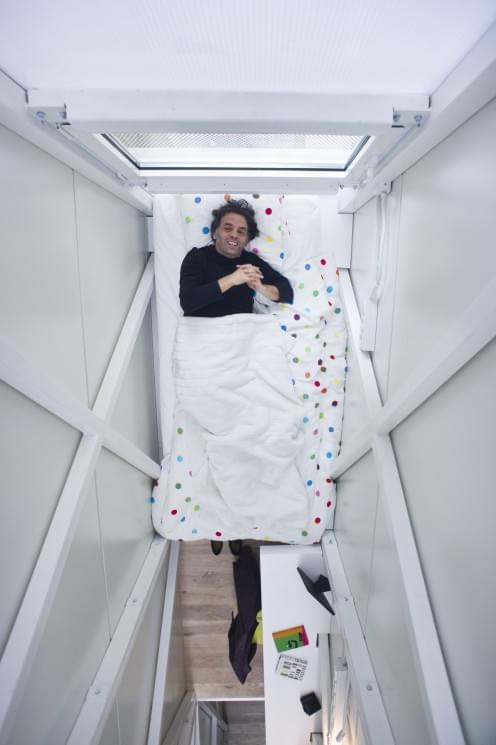 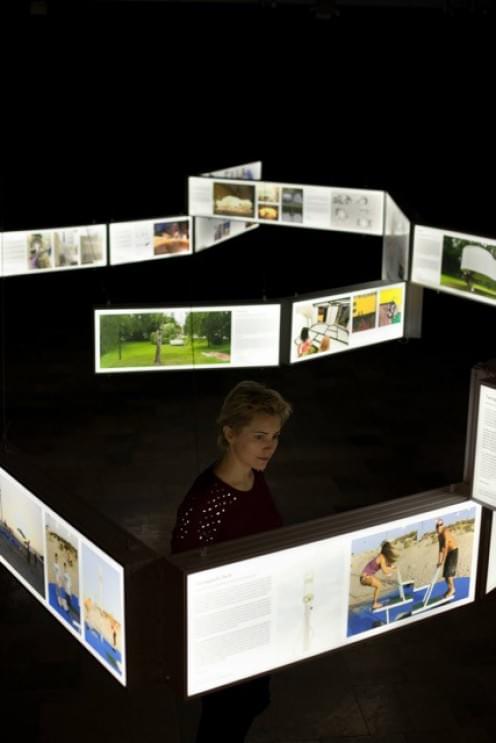 Jakub Szczęsny – a Polish architect, born in 1973, is the co-​founder of the Centrala architecture studio. From 1993 to 2001 he studied at the Faculty of Architecture of the Warsaw University of Technology as well as at Escuela Tecnica Superior D’Arquitectura de Barcelona and Ecole d’Architecture Paris la Defense. At the same time, in cooperation with the Studio DECO group, he designed a number of commercial and residential interiors. In 2001, together with Krzysztof Banaszewski, Małgorzatą Kuciewicz, and Jan Strumiłło, he founded the Centrala Studio, with a focus on building and interior architecture and urbanism, as well as architectural critique. Centrala is seen as a certain type of space for the exchange of thoughts and ideas. Jakub Szczęsny often also works independently, outside of the design association.

This workshop is for children and adults aged 5 and up.