Go deeper
The well-​known Czech art critic Jindřich Chalupecký believed that artists cannot thrive in emigration. This view is contradicted by the fact that a number of important artists such as Kupka, Kandinsky, Brancusi, Giacometti, and Picasso achieved their artistic maturity only when they left their native country. This is even more true in the period of globalization when a growing group of artists find their artistic identity elsewhere than in their country of origin. One of them is  Jirka Kolar, a Czech artist who emigrated to America from former Czechoslovakia in the early 1980s. The DOX Centre for Contemporary Art presents a part his work between years 2009 – 2011. Twenty large format prints from the  Williamsburg cycle, named after a part of New York, where the author lives. who has settled in a New York neighborhood called Williamsburg. In New York, he has developed his own way of working with the medium of photography. Kolar makes manual alterations to his photographs, most often by scratching and painting on the print and then digitally processing it, usually by having it scanned and enlarged to the required size. 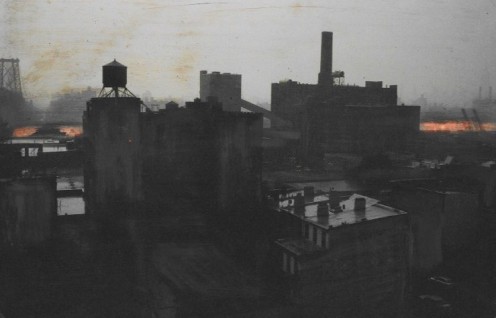 With this technique Kolar became a part of the tradition that consists of exchanges between painting and photography. The invention of photography marked the rise of a new kind of image that Vilém Flusser called the technical image, as it replaced manual work with optical and photochemical technology. Of course technical images have not developed in isolation, but in a dialogue with other forms of representation, especially painting. Kolar combines three generations of image technology – manual, photochemical and digital – that refer to different epochs of image making, creating a media hybrid.
Media hybridisation is a broad trend reflecting the crisis of modernist aesthetics, which stressed the specificity and self-​reflexivity of individual media. With his hybrid technique Kolar has aligned himself with many other artists who combine various media in different ways. His “photographs” (if we can call them that) also evoke practices that have been used throughout the history of the photographic medium such as retouching and colouring, which have been the most visible manifestation of the dialogue between photography and painting. Kolar’s technique may recall the debate over the movement of Pictorialism, specifically arguments over the manual alteration of the negative or positive. 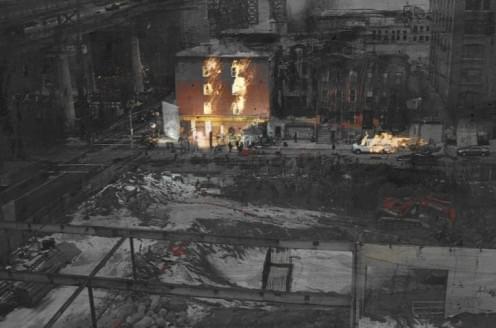 The main strategy of the artist is to harness the tension between surface and depth, notably between the surface of the print, whose presence is heightened by manual interventions, and the photographic illusion of depth. For much of the history of modern painting, exploiting the tension between flatness and depth was a key strategy. That´s why Kolar´s work manifests a specific kind of contradiction between the modernistic stress on flatness on one hand and the postmodern impulse to hybridize the medium on the other. The artist uses the tension between surface and depth intuitively depending on chosen subject matter – differently for portraits, for city scenes or for cityscapes.
Kolar’s work has an element of nostalgia, a retrospective aspect that is an integral part of the perception of photography and stands in contrast to the modernist emphasis on progress and the future. This characteristic stands out most in his photographs of New York. Grim sceneries of New York streets evoke timelessness. Seeming carelessness and rapidity of his interventions create a specific feel of improvization. Unfinished surafces, lines and objects are opened for various interpretations and meanings. 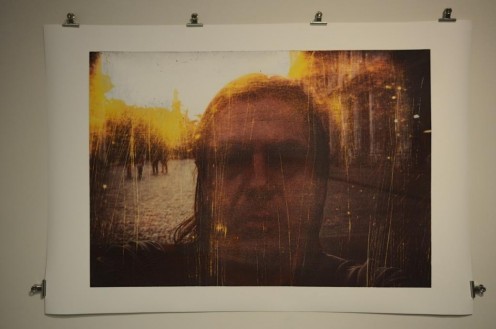 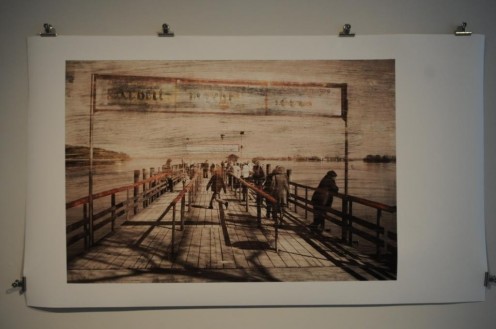 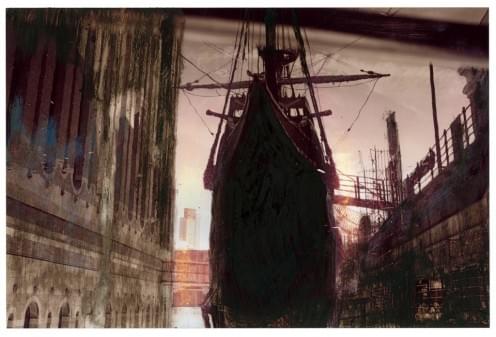