Go deeper
In 2012, DOX put on a large retrospective exhibition of the work of leading Czech sculptor Karel Nepraš. In cooperation with the artist’s family, DOX presents a reconstruction of the well-​known sculptural group Family Ready for Departure, which Nepraš created after his return from his brief emigration in 1969 within the scope of the Spatial Forms Symposium in Ostrava.
Due to the clear political subtext of its name and its reference to emigration from a country occupied by Warsaw Pact troops, and despite petitions to preserve the results of the symposium, the sculpture fell victim to Normalization hysteria and was destroyed. For Karel Nepraš, political developments in Czechoslovakia following 1968 meant dramatic restrictions in terms of exhibition opportunities, participation in the international art world, and the ability to develop his work.
Karel Nepraš had fervently hoped that the sculpture could be re-​created, and after years of effort, his family succeeded. It was reconstructed during the years 2011 to 2015. It is a second casting made according to the original drawings and 1:1 wooden models. 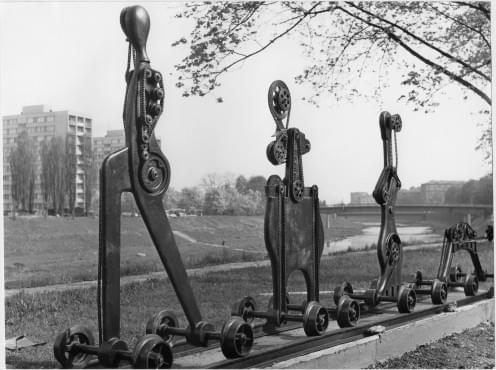 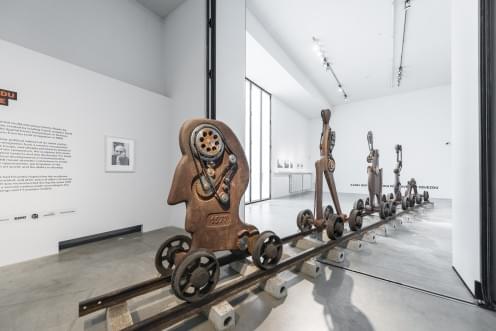 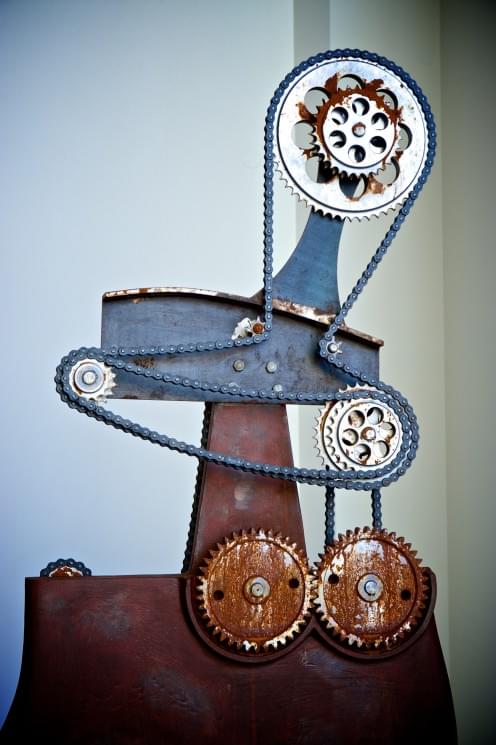 “From the moment Family Ready for Departure was destroyed, my father was trying to re-​create it. Given the political situation of the day that was impossible, and after the revolution it didn’t occur due to a lack of funds. At the end of the 1990s its eventual installation in front of the Trade Fair Palace was being considered, but in the end did not come to pass either. After that, my father hoped that the sculpture could be renewed in connection with the retrospective exhibition that was being prepared. It didn’t take place because he died.
In the beginning, re-​creation of the Family seemed to me so demanding and costly that I was unable to imagine it occurring otherwise than in cooperation with some large company. I contacted Třinecké železárny [Třinec Steelworks], where the sculpture had originally been made. But then I began its creation with several smaller companies. This solution (without a sponsor and without the certainty of a large company’s experience) was probably a more difficult one, but I didn’t have to make any compromises.”

Karolína Neprašová
Karel Nepraš (1932 – 2002) is one of the most important Czech artists of the second half of the twentieth century. He belonged to a generation that was responsible for the flowering of the Czech art scene during the 1960s. He first became notorious for his humorous drawings, on which his subsequent sculptural work was also based. He characterized his work as an encounter between humour and seriousness. The humour in his work was not only an artistic strategy, but also a defensive mechanism; it was a way of preserving one’s sanity in an absurd society.