I do not steal movies, but I can not legally download them online. How relevant is this argument?

The development of social media and the availability of new technologies created an environment enabling sharing of content that is valuable for the development of our society. But at the same time questions about sharing audio-visual content without the knowledge of the author arose. Promotion of creative works via the Internet has never been easier, yet nothing is free.

The questions related to piracy and copyright will be targeted through documentary films and subsequent discussions with experts at the Kinolab Film Festival in Prague, with the subtitle How technology made us share. 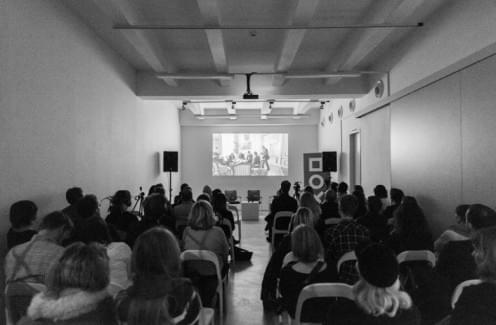 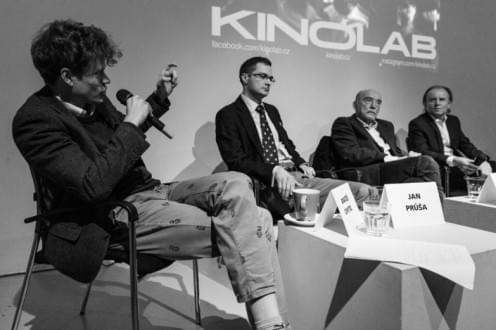 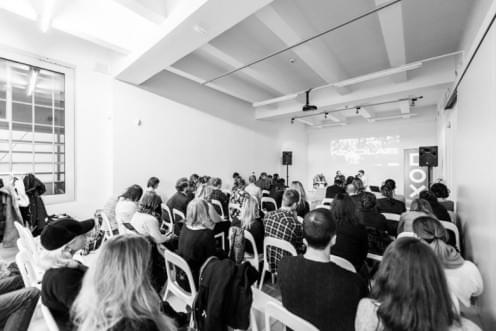 Open to general public, specifically to internet users, the festival offers not only a platform for discussion, but will serve as a practical guide to online behaviour. The festival will offer a rich program within two days. Through thematic documentaries and feature films, panel discussion with experts and lectures it will offer an insight into the principles of online sharing.

The festival will address the most common ways of sharing material online, such as streaming, referencing, or downloading through practical examples, along with explaining the conditions under which authoring works can be used without the author's consent or how users can trace the work the author has agreed to with the use of the work.

- A Pervert’s Guide to ideology

and many more, also don’t forget to attend panel discussions (this year unfortunately only Czech friendly), titled Pirates Without Their Own Fault, and The Folk Art of Cyberspace.

6:30pm
Screening I.
Everything is a Remix | Všechno je remix
Dir: Kirby Ferguson
(USA, 2012, 37min, CZ sub)
EN FRIENDLY
Everything is just a copy. Director Kirby Ferguson examines the current attitudes to
intellectual property and how these attitudes tend to suppress creativity rather than support
it.
7:15pm
Screening II.
Nothing to hide | Není co skrývat
Dir: Marc Meillassoux
(Germany | France, 2017, 1h 40min, CC, CZ sub)
EN FRIENDLY
The interference with individual’s privacy and rights by corporations or states and
simultaneously the prevailing passivity of the public justified by the notion of "why would
anyone be watching me at all?" Do we really have nothing to hide? And how is it really with
our digital track?

11:30 am
Screening V.
Free lunch society | Oběd zdarma pro všechny
Dir: Christian Tod
(Austria | Germany, 2017, 1h 35min, Jihlava International Documentary Film Festival
Selection, CZ sub)
EN FRIENDLY
What would you do if you had a basic income sorted? Director Christian Tod examines the
theory and history of attempts to introduce unconditional basic income and with futuristic
play examines the possible development. Do we have the biggest change in the society’s
economic structure within reach?

2 pm
Screening VI.
TPB AFK: The pirate bay away from keyboard | TPB AFK: Příběh the pitate bay
Dir: Simon Klose
(Sweden | Denmark | Norway | Great Britain | Netherlands | Germany, 2013, 1h25min, CC,
Cz sub)
EN FRIENDLY
Internet piracy is a phenomenon that is presented as something bad by the majority of the
media. But the background of the dispute between the three founders of Pirate Bay and the
entertainment industry is a much more complex question regarding the freedom of the
Internet, thinking, sharing and spreading ideas. In the era of the Internet, the question of
ownership must be re-evaluated.

3:45pm
Panel Discussion 1
Pirate without own cause | Pirátem bez vlastní viny (CZ only)
"I don’t want to steal movies, but I can not download them anywhere online". Is this
argument really relevant? The panel discussion will deal with current models of film
distribution in the Czech Republic and with one’s ability to easily and safely watch a film.

5 pm
Screening VII.
The Pervert's Guide to Ideology | Perverzní průvodce ideologií
Dir: Sophie Fiennes
(Great Britain | Ireland, 2012, 2h 15min, Film Europe, CZ sub)
EN FRIENDLY
After the successful film "Perverts Guide to Cinema”, director Sophie Fiennes and Slovenian
controversial thinker Slavoj Žižek created another remarkable documentary reflection of the
society in order to reveal the way to the essence of ideology - dreams form our collective
consciousness and action. This time, not only the famous bits from international films, but
also commercials, clips and musical compositions have been subjected to a sharp analysis.
7:30pm
Panel discussion 2
Folk art of cyberspace | Lidové umění kyberprostoru (CZ only)
How about copyright protection when fans edit film footage into their own videos on
YouTube, create MEMEs or edit books? The panel discussion will focus on the legal limits of
fans' creation in the Internet environment.
9:30pm
Screening VIII.
The Square | Čtverec
Dir: Ruben Östlund
(Sweden | Germany | France | Denmark, 2017, 2h 30min, Film Europe, CZ sub)
EN FRIENDLY
The prestigious Museum of Modern Art prepares a conceptual exhibition where the central
idea is a square in which the rule of equality and tolerance applies. In cooperation with the
PR agency, the museum is looking for an ideal strategy to make the whole event visible in
the crowded media space. But what happens when the curator of the exhibition, Cristian,
becomes a victim of bizarre pocket theft just before the start? In his hunt for the perpetrator
he finds himself in situations that lead him to question his own moral patterns and, like the
whole society, the conceptual exhibition begins to drown in a bizarre confusion that defines
the tension between liberal values, egoism and selfishness.

12 am
Festival ends, see you next year
DOWNLOAD THE PROGRAMME 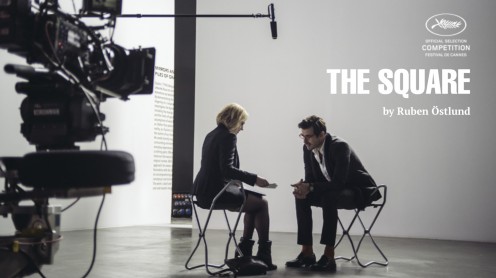 The Festival will take place at the DOX Center of Contemporary Art in autumn of this year as part of the #DATAMAZE - Data Maze exhibition, which focuses on online security and personal data protection. Films in the festival program, in addition to freely licensed CC films, are distributed by Film Europe, Jihlava International Documentary Film Festival and Barcelona Creative Commons Film Festival.