Go deeper
DOX Centre for Contemporary Art presents one of the most comprehensive overviews of the work of renowned artist Krzysztof Wodiczko.
For the last forty years, Wodiczko’s central themes have been war, conflict, trauma, memory and communication in the public sphere. He combines art and technology with a critical approach, with the goal being to address socially critical issues and marginalized communities that are usually given little attention.
The DOX exhibition will be Wodiczko’s first in the Czech Republic. Aside from documentation of his projections on public buildings in various places in the world, it will also present some examples of social design, for example
a vehicle for the homeless or a special walking stick incorporating a video monitor used by members of minorities to communicate with the majority.
The exhibition’s name, Krzysztof Wodiczko Out/Inside(rs) is also the name of a new work by the artist that was created especially for the exhibition, in cooperation with the DOX Centre. It presents videos of Roma children from the Šluknov Spur (a "panhandle" region found in the northern Czech Republic along the border with Germany), projected on statues of historical Czech figures borrowed from the National Museum. The Šluknov Spur was recently the site of demonstrations initiated by neo-​fascist groups against the Roma community, including children traumatized by their fellow citizens’ expressions of racial intolerance. 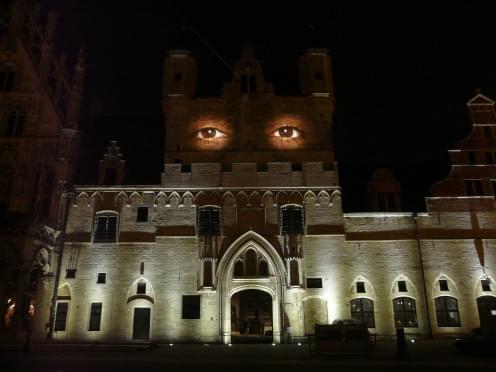 The exhibition will also include a publication devoted to Wodiczko’s work and Roma issues, embedded into a wider context of cultural, social and political issues in Czech society.
Krzysztof Wodiczko (*1943) is a Polish artist living and working in the USA, renowned for his large-​format video projections on facades of buildings and monuments. To date he has done over 80 public projections in Australia, Canada, England, Germany, Holland, Israel, Japan, the USA and other countries. He teaches at the Harvard Graduate School of Design (GSD) and is guest professor at the Warsaw School of Social Psychology. His awards include the prestigious Hiroshima Art Prize.
Curators: Jaroslav Anděl, Krzysztof Wodiczko
Photos from the exhibition opening February 21. 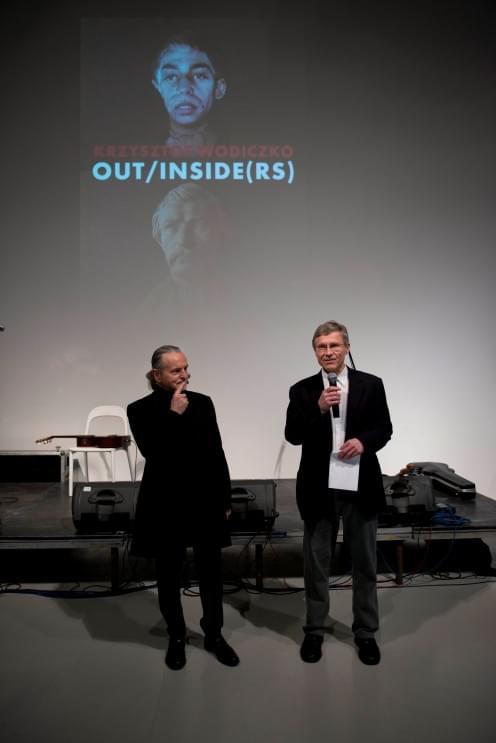 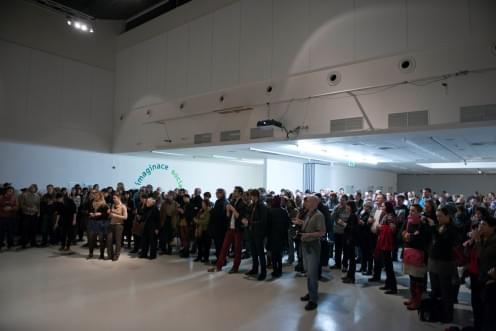 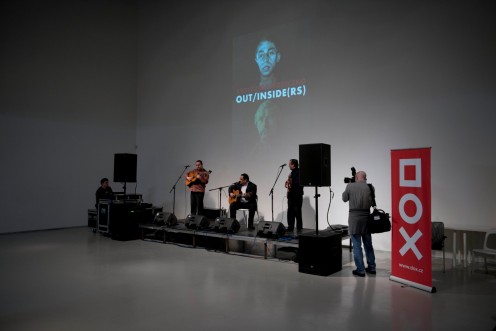 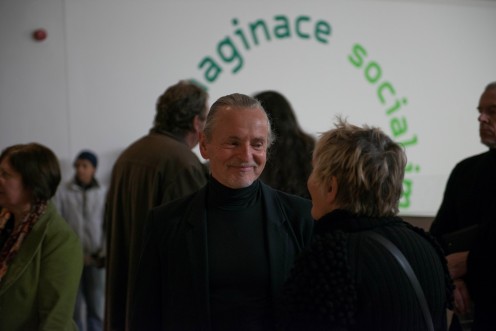 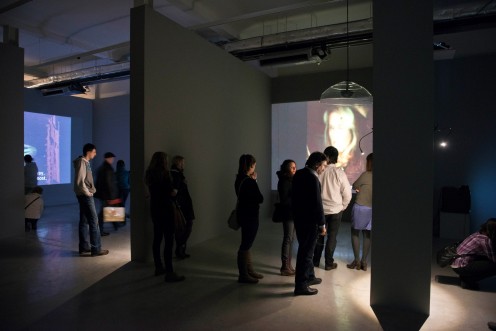 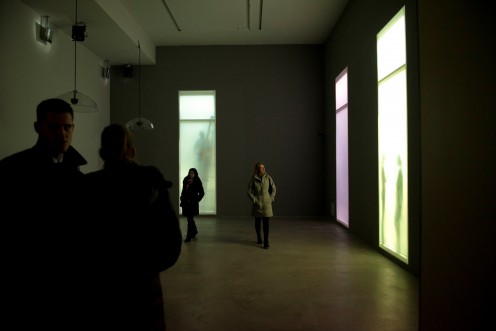 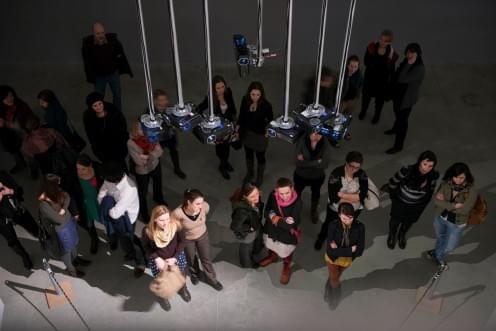 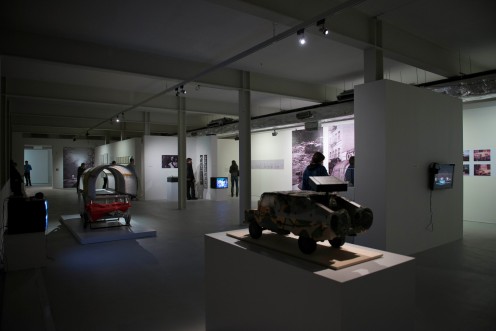 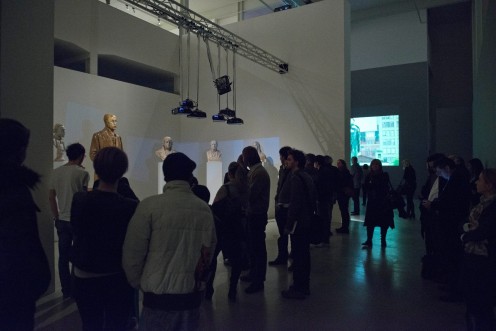 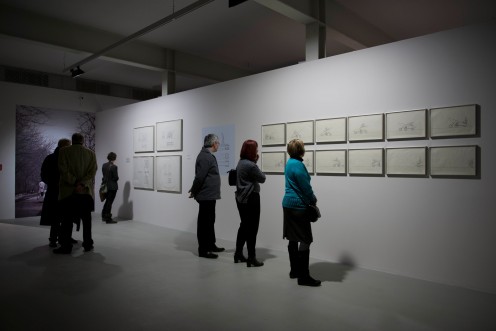 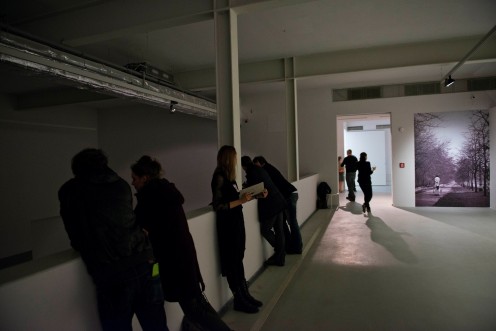