The exhibition is part of the project Shelf at the Art Archive at DOX.

Conceptual foundations and instinctual expressiveness (living together in inseparable – fruitful and tumultuous – symbiosis) are two opposing wellsprings of Margita Titlová-​Ylovsky’s art. Her beginnings are bound to conceptual processes of bodily actions in nature, with explorations of basic phenomena such as movement of the body, its shadow or mirror-​image, always accompanied by the questions: what is the significance of such a thing, what can we infer from it, what will be the visual expression of a particular phenomenon?

Personal experience, often in the form of intensive physical contact, is a basic way of grasping reality for her. In the same way that for people living during the Baroque era “coming to know God through this world” (Zdeněk Kalista) was of great importance, for post-​modern man, what is important is coming to know “this world via oneself” (Marie Klimešová).

Aside from development of conceptual approaches, the mid-​1908s are also bound to the language of expression, and expressive painting allowed Margita Titlová-​Ylovsky to escape the dreary greyness of the normalization era, brought her a sense of adventure, and resonated with her questions: What is artistic expression actually about? For her, investigation of her own identity represents a road to an artistic take on reality (for example touching one’s own shadow, its disruption, direct intervention by the hand into drawings, etc.), and also made itself felt in the choice of large formats, to which she has remained faithful from her early drawings on large paper rolls until the present day. 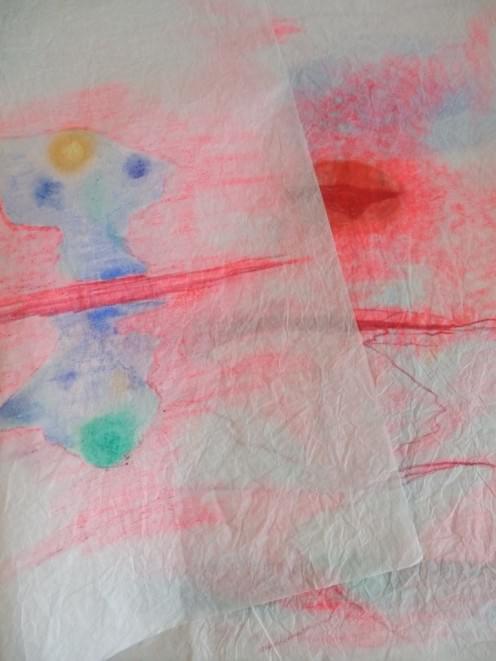 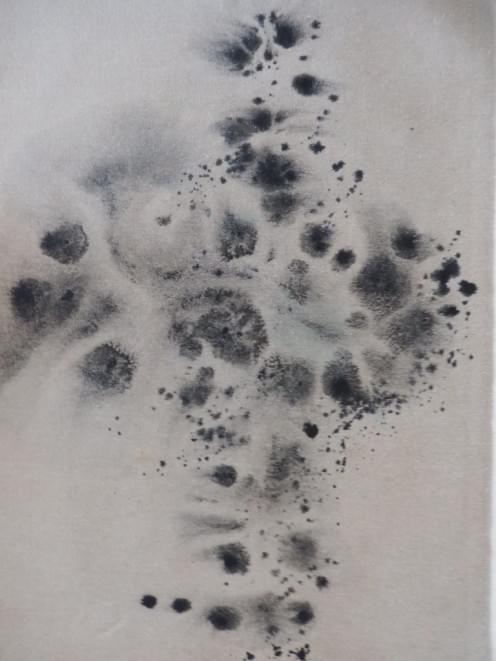 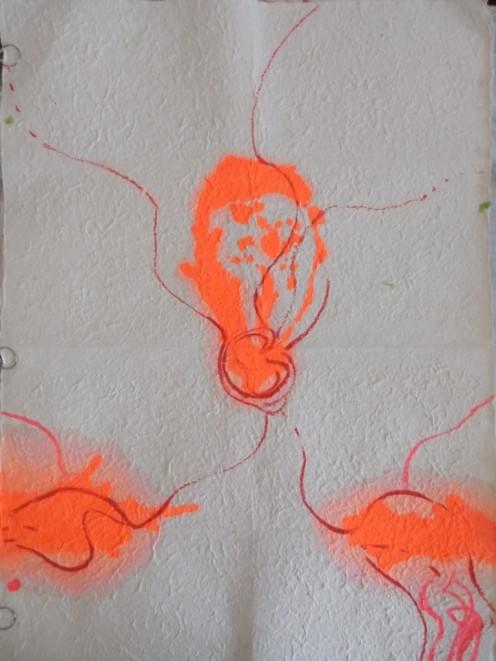 Her original books only seemingly do not fit in to this course. For they are not sets of simply ordered small images, but an organizes space in which individual pages (visual forms or contemplations) affect each other, interact, and create a conceptual whole similar to classical literary works.

Her latest work, Bio/​Muerte, is related to a brand-​new series of paintings with the same name exhibited in September 2013 at the Václav Havel Library. She uses the oppositeness of two canvases in the same way – white primed with neon-​coloured abstractions evoking living nature, and naturally brown, painted frugally with black paint.

Monochrome Embryos – “somewhere on the frontier of emotion and premonition” – reflect the artist’s key subject matter – womanhood. In a paraphrase of Nezval’s statement about Toyen “striving to restore feeling as an object”, they are an effort to transform feelings into paintings.

Landscapes on the edge of shadow not retaining impressions from concrete locations nor inspiration from them, they are more of “metasymbols” (Jiří Valoch) amplified by the blending of drawings on translucent paper. Explorations of landscape as archetype, a symbolic formula belonging to the collective unconscious, belong to another important area of the artist’s work.