Marie Molová: Work as the Tool

Today I had a dream about Honza... he says to me... imagine that I had a similar dream about a bridge, that I’m supposed to cross it, but I sit there and won’t budge. ... I wasn’t upset that he’d looked in my notebook without telling me... and I also said to myself, well, it looks like Honza no longer thinks that you shouldn’t write dreams down.

Exhibition takes place in the Art Archive at DOX.

At the beginning of the 1970s, at a time when Czech society was on the one hand entering a numbing twenty years of normalization, but at the same time was continuing on the convoluted and exciting path of second, third and fourth cultures, painter Marie Molová was beginning her art career in the promotional department of the Kladno mines. At that time, she had a number of usually dark in mood but visually distinctive dreams that were important for her creative and personal development.


Marie Molová not only wrote them down (this unique series of 35 dreams includes motifs of houses, churches, gardens, trees, specific figures, warring forces, and so on that return in a spiral-​like manner, and reading it will provide inspiration not only for experts on Jungian symbols), but also captured their most distinctive motifs in linocuts that she then coloured in.

The set entitled Dreams (1971), existing in one copy only that has uniquely been made accessible at an exhibition at Polička/​Shelf became the starting point for the artist’s own visual reinterpretations, using a method that she uses throughout her work, which I call “work as the tool”, and which she also used in another exhibited book, Proměny [Transformations] (1997-​2001). 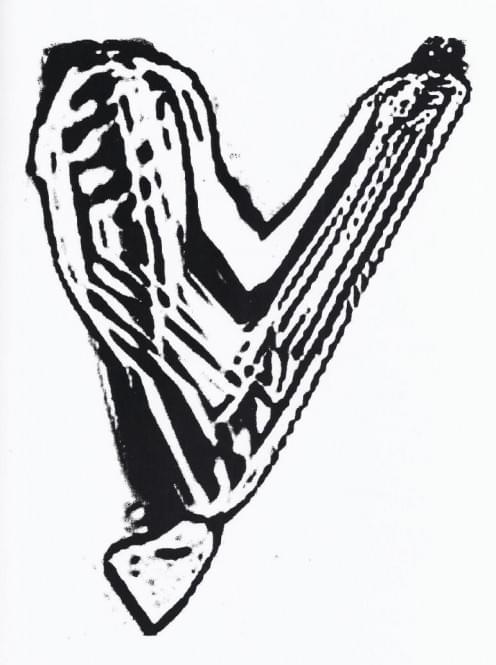 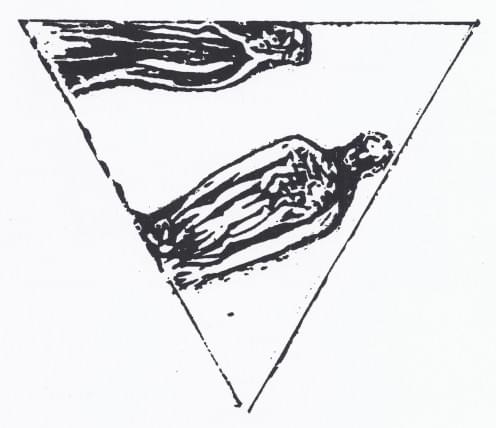 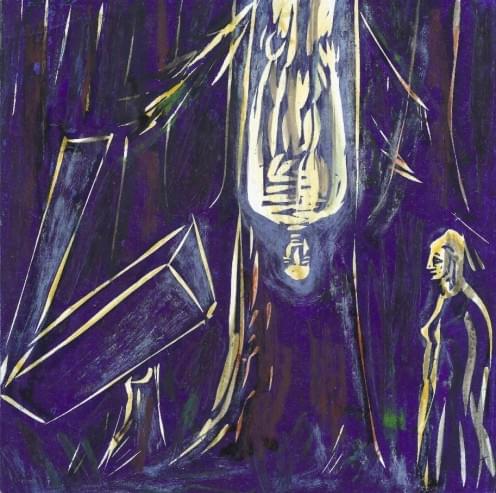 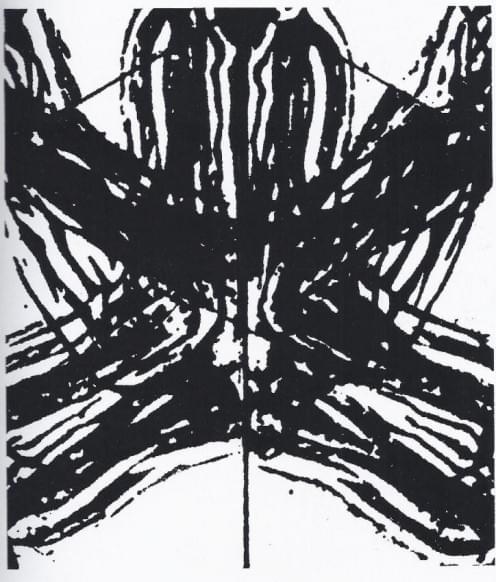 Drawings, prints or even large-​format canvases are not the final result of her work, but themselves become tools for the creation of a meta-​image; because it is difficult or impossible to create physically, this is done with the help of computer graphics and is presented as an author’s book.

In the case of Proměny, based on dreams she recorded in the 1970s, the artist works with a more personal take on “the tool itself”. At the beginning is the dream itself, a product of the subconscious, one of the most inner things one can imagine. From its artistic rendering, the artist then separates out the motive of a male and female figure (only in black and white lines), which she places against each other into new positions, multiplies and overlaps them, layers them in various densities. In the next phase, she goes even further: the resulting structures, which Molová cuts into new segments according to different lines, become a tool: she submerges into the depth that she created on a plane, and brings to the surface new motifs.