Go deeper
A unique monumental architectural intervention, inspired by the elegant shapes of early twentieth-​century airships, has grown on the rooftop of DOX. The 42m long steel and wood Gulliver Airship will become a new permanent space for literature.
During our historically first "air cruise" the internationally acclaimed authors Azar Nafisi and Patrik Ouředník will read from their works and talk about literature, the great domain of imagination. 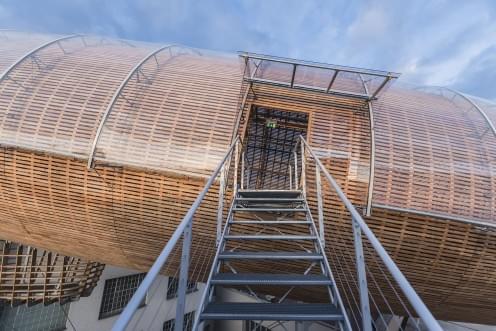 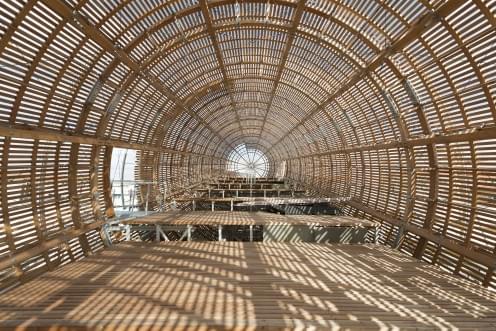 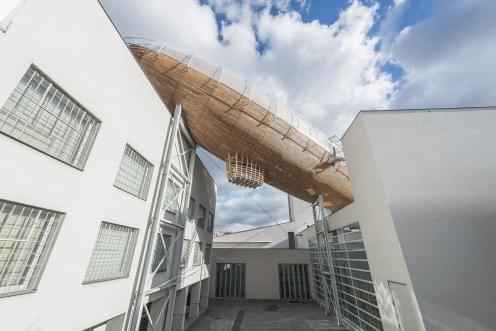 4:00 p.m.
Book reading & discussion with Patrik Ouředník
Patrik Ouředník is an author writing in Czech and French, living in France where he immigrated in 1984. His works entitled Ad acta (2006), The Opportune Moment, 1855 [Příhodná chvíle, 1855] (2006), and especially Europeana: A Brief History of the Twentieth Century [Europeana: Stručné dějiny dvacátého věku] (2001), which was published in thirty-​two languages, thus becoming the most-​translated Czech book after 1989, have received great acclaim abroad. In his book It Was Utopus Who Made Me an Island  (Utopus to byl, kdo učinil mě ostrovem) (2010), he deals with the history of utopia and dystopia, which are at the same time the history of thought and society. Patrik Ouředník has received a number of Czech and foreign awards, and in 2014 became a laureate for the Czech State Prize for Literature.
5:30 p.m.

Book reading & discussion with Azar Nafisi
Azar Nafisi is an Iranian author living in the USA, where she is a professor of literature and aesthetics at Johns Hopkins University in Washington. She is the author of the successful book Reading Lolita in Tehran: A Memoir in Books (2003), which describes a period of two years prior to being forced to leave Iran in 1997, during which she organized weekly debates in her Teheran home about forbidden Western authors, attended by her former students of literature form the University of Teheran. The book is a unique, personal testimony to the recent past and current situation in Iran, about the need to resist tyranny of any type, and above all about the liberating force of literature. Her other works include Things I've Been Silent About  (2008) and most recently The Republic of Imagination: A Case for Fiction ( 2014), a passionate defence of the role of literature in today’s world, accompanied by the illustrations of Petr Sís.

The discussion was interpreted simultaneously from English into Czech.
Moderated by: Petr Vizina
The capacity of both programmes is limited
Reservations are recommended at rezervace@dox.cz (please state which program you would like to register for).
Free entry
Partner of the event was the city of Prague.
*  In winter season the space is heated up only during events still we recommend wearing warm clothes.