Visual poetry is the collective name for various ways to update the visual components of a poetic text. The use of nonlinear arrangement of text in poetry has been around since ancient Greece. The visual poetic predecessors (experimental, concrete) were, among others, Stephan Mallarmé, Christian Morgenstern, Guillaume Apollinaire, Vladimir Mayakovsky and Velemír Khlebnikov. The first Czech visual poems appeared during the 20th century in and around the Prague Devětsil group (Jiří Voskovec, Jindřich Štyrský, Toyen and Karel Teige).

During the 1960s, hundreds of artists worldwide explored this area, in which several artistic and non-​artistic sectors or disciplines meet - poetry, literature, art, music, theater, mathematics, linguistics, information theory, etc. To understand experimental texts, it is usually not necessary to have knowledge of foreign languages. Visual poems written mostly on typewriters were easily spread by mail. Examples of domestic and international experiments in the 1960s appeared in most cultural magazines (Plamen, Hostu do domu, Červený květ, Dialog, Literární noviny and Sešity pro mladou literaturu).

Czech poets and translators (Jiří Kolář, Ladislav Novák, Bohumila Grögerová and Josef Hiršal) were among the most active pioneers of a new international art movement. Thanks to Bohumila Grögerová and Josef Hiršal, an anthology of experimental poetry (which remains unsurpassed to this day) was published by Odeon in 1967. The second wave of Czech visual poetry consisted of authors who began to address this issue in the second half of the 1960s, such as Josef Honys, Emil Juliš, Václav Havel, Vladimír Burda, Karel Trinkewitz, Zdeněk Barborka, Jindřich Procházka, Miroslav Koryčan, Ladislav Nebeský, Karel Adamus, Jan Wojnar, Jiří Valoch and Jiří Hynek Kocman.

The Open Book – Photography and Text exhibition, organized by The Fine Arts Archive and held in the Little Tower at DOX, presents works by several generations of Czech visual poets, and uses photographic documentation to describe the spectacular international project entitled Das offene Buch by painter, sculptor, gallery owner and collector Gerhard Jürgen Blum-​Kwiatkowski, in which Czech artists also participated in 1998in Hünfeld, Germany. Blum-​Kwiatkowski managed to convince the town council and building owners to allow over a hundred visual poems to be presented in public areas and on building facades. 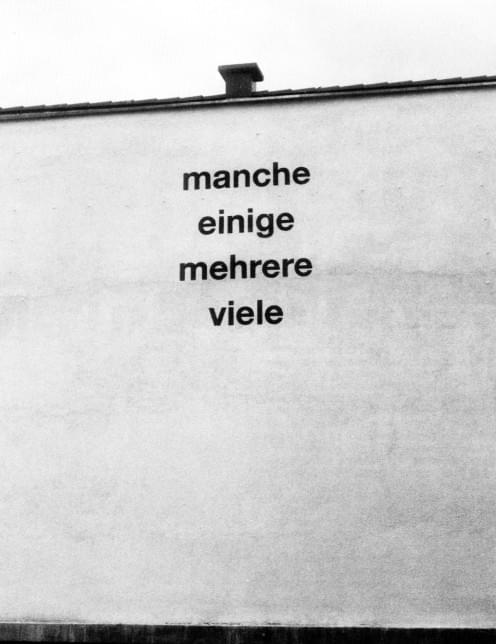 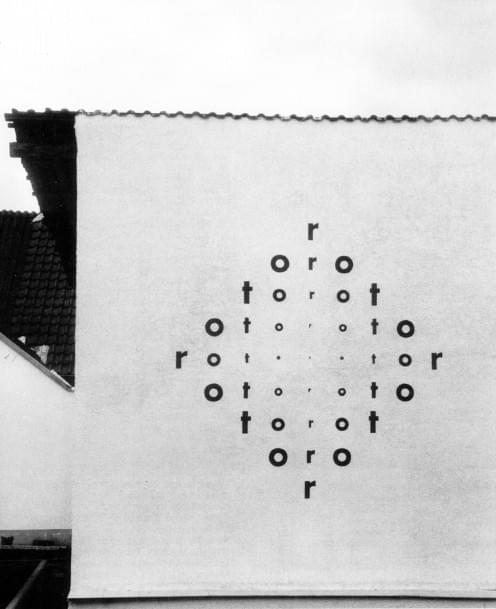 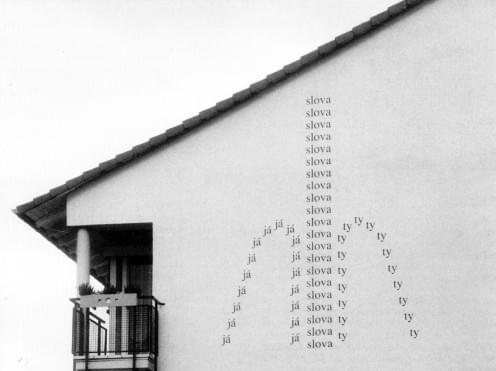 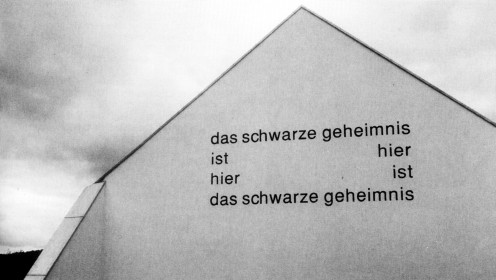 Gerhard Jurgen Blum-​Kwiatkowski (1930)  - painter, sculptor, collector, gallery owner and curator was born in Poland in 1961. He founded and led Gallery EL in Elblag for a number of years before moving to Germany in 1974. In 1990 he founded The Hünfeld Museum of Modern Art on the site of a former gasworks, and six years later another gallery focused on contemporary work opened in the Polish spa town of Świeradów Zdrój (about 40km from Liberec). As part of the German-​Czech-​Polish Spirala project that took place here in 1997, he arranged the exhibition of sixteen Czech artists such as Hugo Demartini, Jiří Kolář, Radoslav Kratina and Zdeněk Sýkora. In the same year in Hünfeld, he began to realize an ambitious international project entitled Das Offene Buch (The Open Book).