Go deeper
The DOX Centre for Contemporary Art presents the exhibition Rudolf Steiner and Contemporary Art, first held at the Kunstmuseum Wolfsburg 13 May – 3 October 2010 and at the Kunstmuseum Stuttgart 5 February – 22 May 2011. The exhibition intends to convey to the viewer the world of Rudolf Steiner’s universalist ideas by means of a selection of his drawings, as well as through the work of contemporary artists including Joseph Beuys, Mario Merz, Karel Malich, Giuseppe Penone, Anish Kapoor, Olafur Eliasson, Tony Cragg, Helmut Federle, Carsten Nicolai, Meris Angioletti, Jan Albers, Manuel Graf and Simon Dybbroe Møller. The exhibition highlights the importance of the quest for spiritual meaning in a world in which systems both economic and ecological are under long-​term threat. Steiner’s universalist worldview is especially stimulating in this respect. The project, involving over 70 exhibits, is an intersection at which artists who have hitherto developed their work independently of an anthroposophical context may meet. It is not a display of the artistic outcomes of Steiner’s influence, but rather facilitates interpretation of this extraordinary figure in a new manner.
In both German institutions the exhibition was supplemented with a display prepared by the Vitra Design Museum, dedicated to Steiner’s activities in the spheres of architecture, design and spiritual inspiration. (This project will be presented at the MAK, Museum of Applied Arts, Vienna, in parallel with the Prague exhibition.) 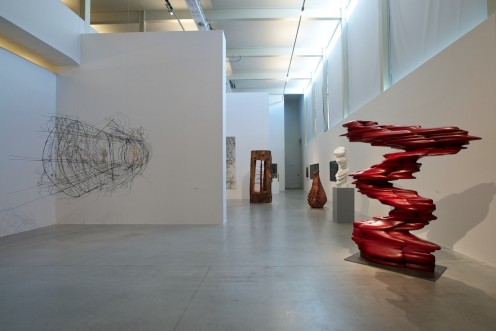 Rudolf Steiner is generally considered one of the most influential and, at the same time, one of the most controversial thinkers of the 20th century.
A philosopher, architect, sociologist, humanist and visionary, Steiner was also the founder of anthroposophy, a spiritual discipline merging advances in contemporary science with spiritual issues. Steiner made his mark in
a number of fields, from philosophy through pedagogy and medicine to agriculture. Among his most remarkable achievements is the establishment of a network of Waldorf schools.

Rudolf Steiner lectured extensively and stayed in Prague several times between 1906 and 1924 as part of his tours; was especially fond of the ‘mystical’ atmosphere of the city. He believed that constructions such as St. Wenceslas Chapel and the Old Town Hall astronomical clock conveyed deep spiritual meaning. Steiner’s Prague lectures were well attended and attracted such luminaries as the mathematician Albert Einstein and the writer Max Brod. Rudolf Steiner’s philosophy went on to inspire major artists, among them Wassily Kandinsky, Piet Mondrian and Joseph Beuys.

The DOX Centre for Contemporary Art is the organiser of the exhibition entitled Thinking without Limits: Inspired by Rudolf Steiner that accompanies the Prague version of the Rudolf Steiner and Contemporary Art exhibition. The Thinking without Limits project reflects his spiritual inspiration in the art of the first decades of the 20th century in the output of several artists, chiefly active in Prague and Vienna. While some of them were directly influenced by Rudolf Steiner, others drew inspiration from similar sources, whether theosophy (also Steiner’s point of departure) or other esoteric directions. Rudolf Steiner is represented at the exhibition by a selection of drawings. 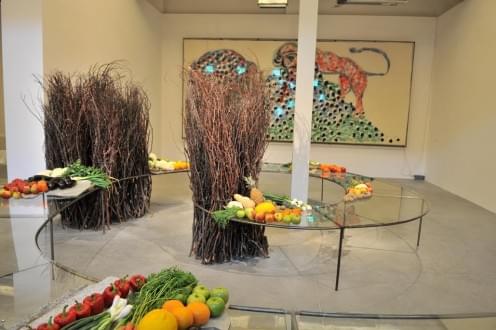 Spiritual inspiration played a major part in the 20th- century art, something that later demonstrated itself most distinctly in the birth and development of abstract art, although it was later overshadowed by more formal modernist approaches. This important tradition in modern visual culture was only fully rehabilitated by The Spiritual in Art: Abstract Painting 1890-​1985, an exhibition held in Los Angeles in 1986.To date, Czech art history has addressed this subject only marginally, even though spiritual impulses and motifs were significant, if not essential, in the work of some leading Czech artists, including František Kupka and Josef Váchal. 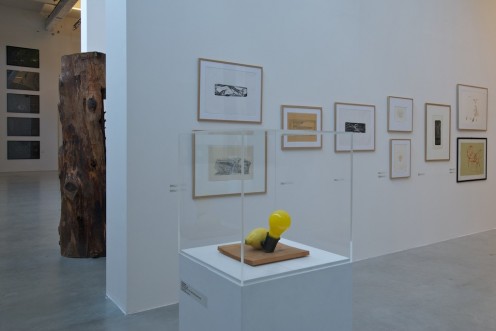 The objective of the exhibition Thinking without Limits: Inspired by Rudolf Steiner, organised in conjunction with Rudolf Steiner and Contemporary Art, is to draw attention to this subject, outline the period context of Steiner’s activities and enable the viewer to compare the production of contemporary artists and those of Steiner’s times. The work of the Pollaks (Hilde Pollak and Richard Pollak-​Karlín) was the closest to Steiner’s; the couple was active in Dornach, Switzerland, then the centre of the anthroposophical movement, in the early years of the 20th century, before they returned to Prague in the early 1920’s. Other artists represented at the exhibition are the Austrians and Czechs Erich Mallina, Leopold Wolfgang Rochowanski, Leopold Stolba, Antonín Josef Trčka, Karel Novák, Josef Váchal and Alois Bílek. Apart from period documentations, such as publications and Rudolf Steiner’s diaries, the exhibition also features scores by Alois Hába, pioneer of quarter-​tone music.

For the exhibition the DOX Centre for Contemporary Art has prepared
a publication in Czech and English that will supplement the catalogues for the exhibitions in Wolfsburg and Stuttgart. 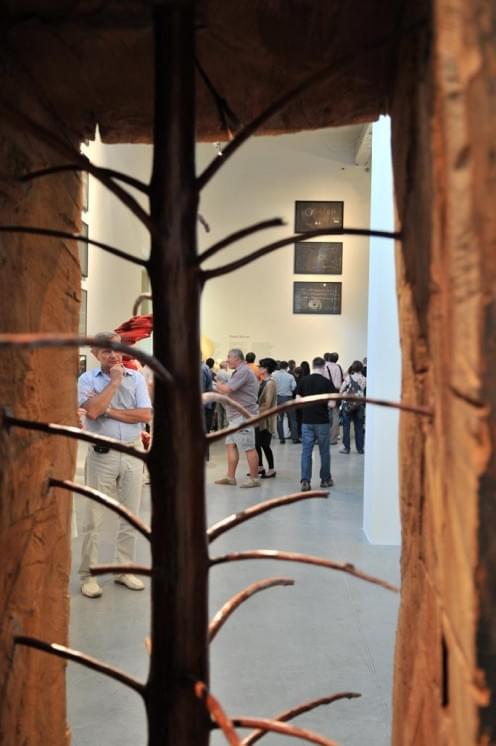 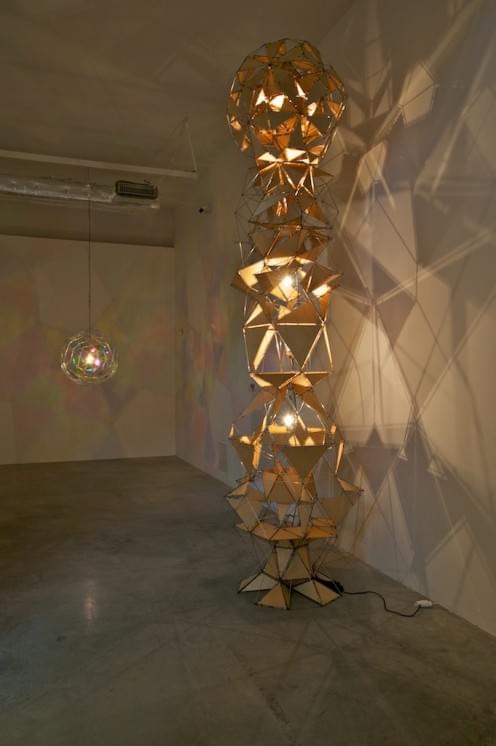 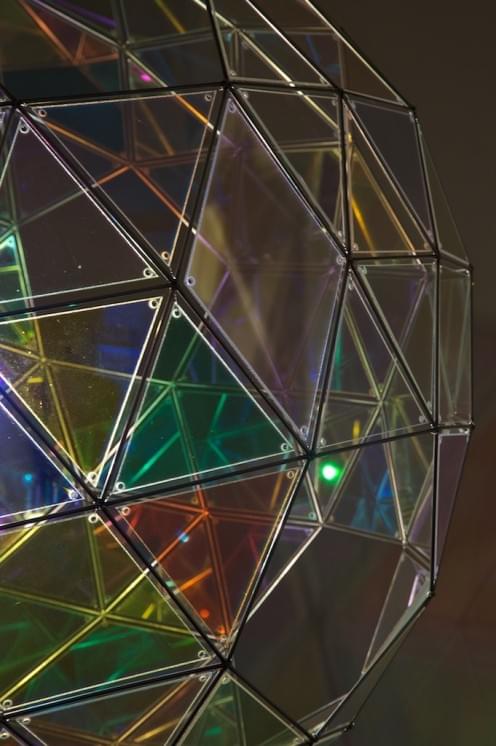 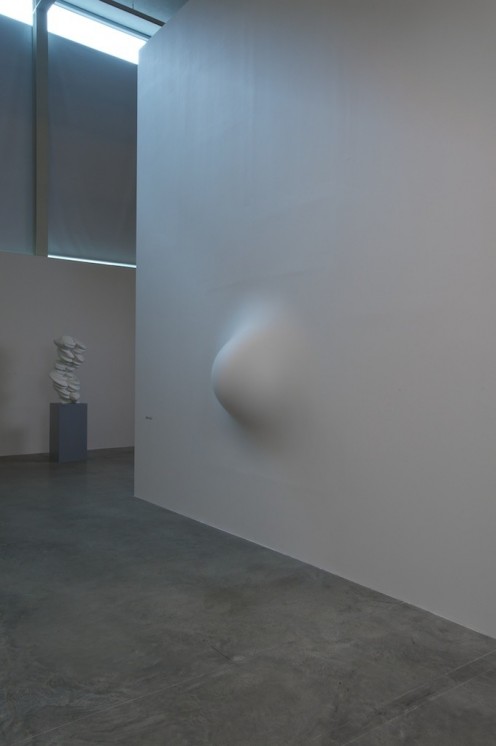 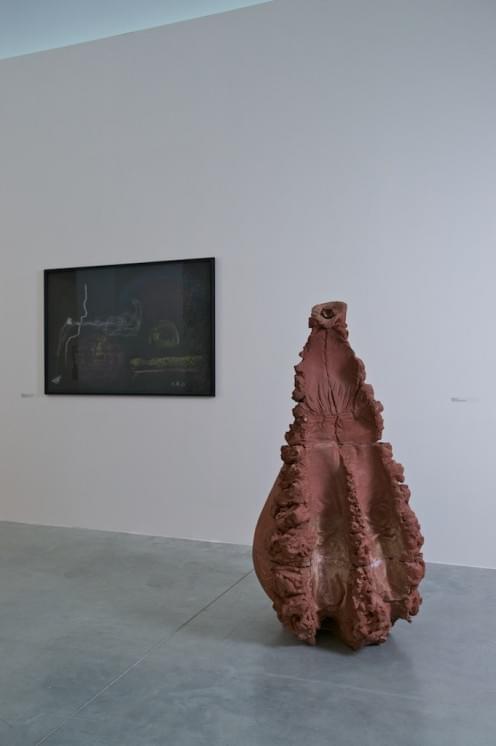 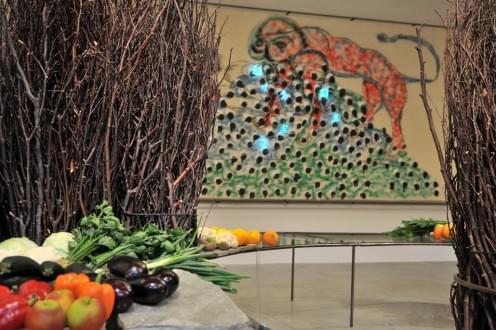 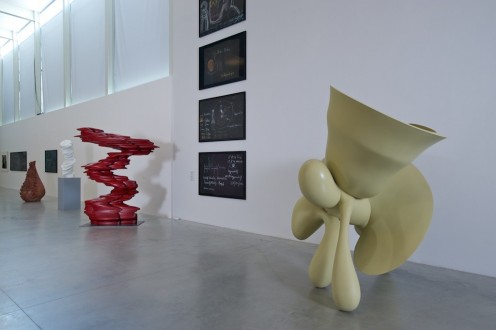 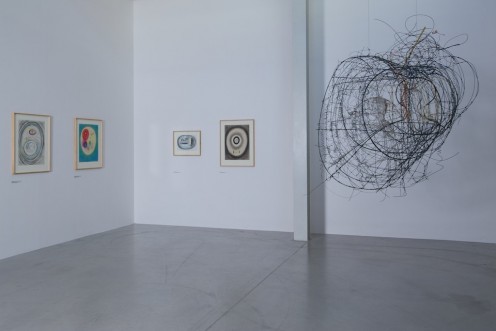 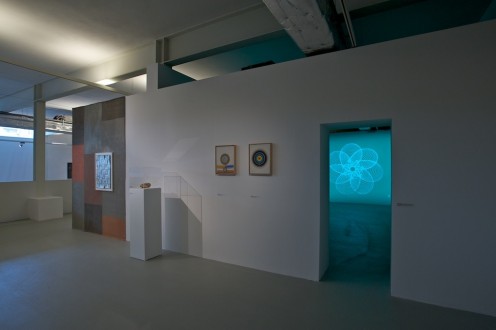 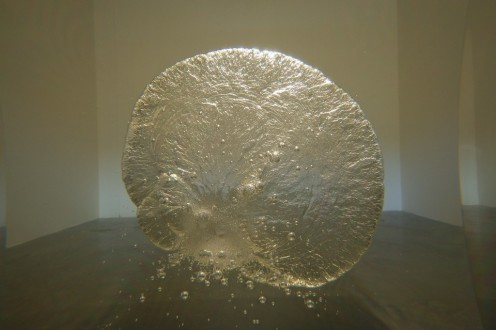 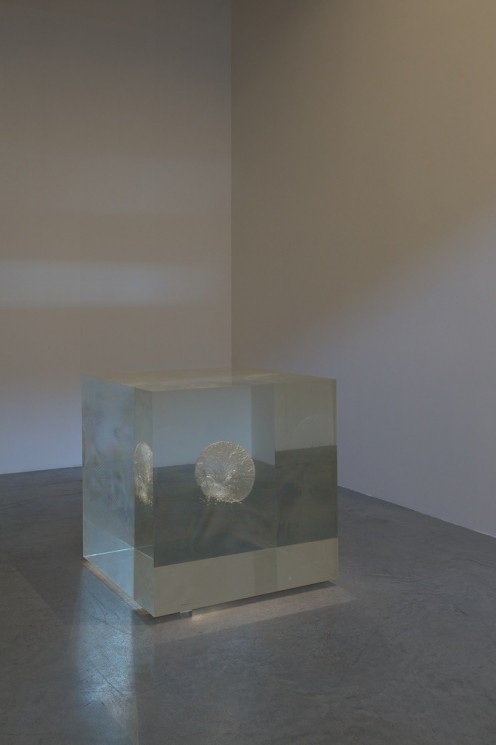 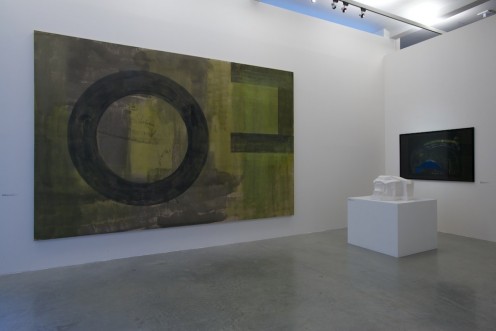 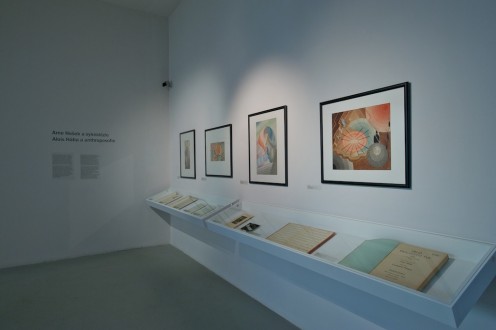 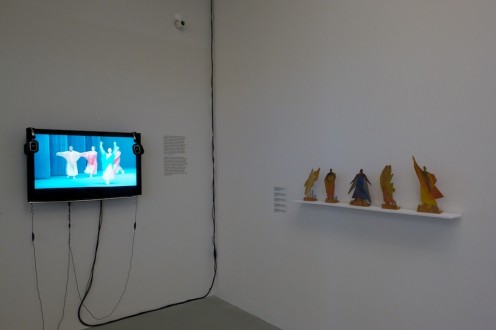 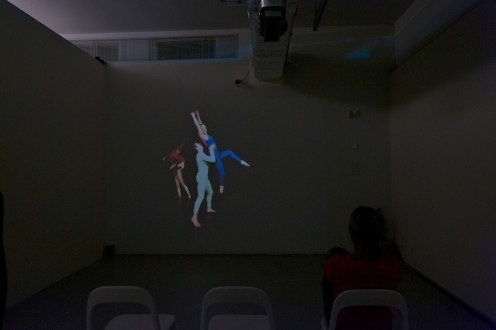 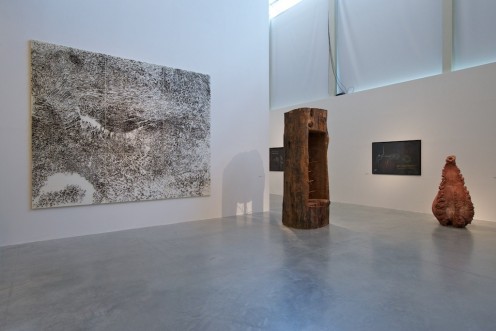 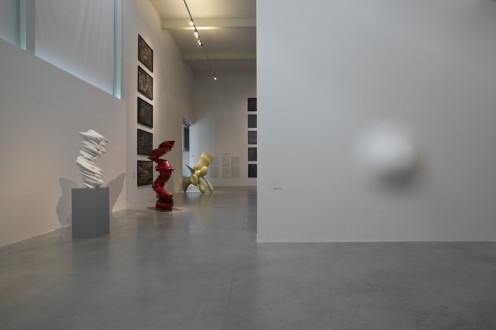 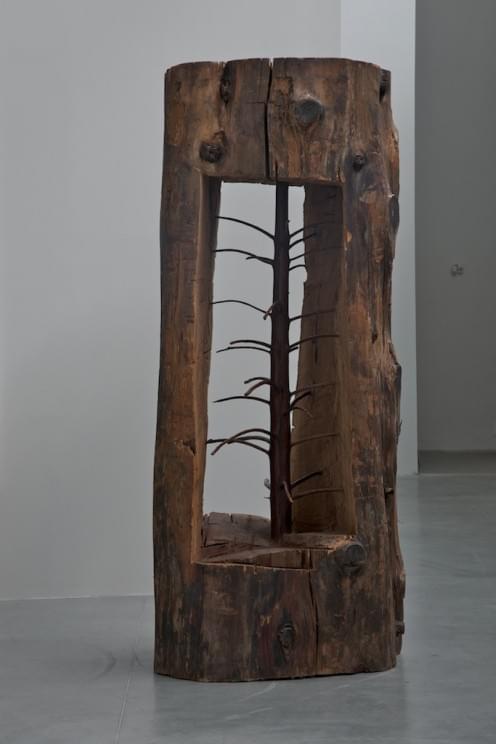