Go deeper
(69 students of architecture - 23 teams - 1 task - 24hours)
This exhibition presents a selection of the most interesting projects created within the framework of the Superstudio event. The second annual competition of architectural and urban planning conception was held on 24 and 25 February 2012 within the premises of Studio D in the Faculty of Civil Engineering at the Czech Technical University. The competition was open to three-​member teams, which could be composed of any Prague architecture students, regardless of their year and university. The individual teams were given 24hours to process the given task in the form of an auditor´s report, as well as
a powerpoint presentation with a maximum length of 10 slides and a time limit of 200seconds. The panel (Yvette Vašourková, Lenka Křemenová and Vladimir 518) awarded first prize and 5 other projects without further ranking. 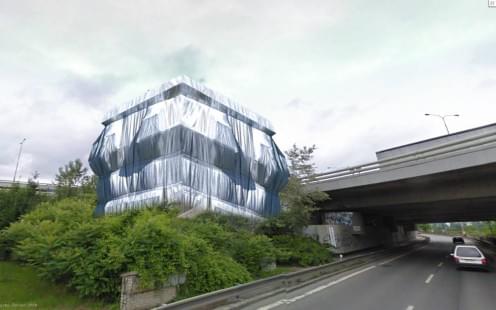 Task: "And metal boxes (...) are progressively filling up the peripheries of our towns. And why? Because we are too afraid to build in the towns." Roman Koucký, Elementární urbanismus (Elementary Urban Planning), 2006
Prague’s internal peripheries - these are huge, non-​functioning and neglected surfaces. They are abandoned spaces without any development inside the city, but where the city itself is missing and is replaced by ruins, litter, emptiness... Instead of being utilised, these localities are falling into decay, whilst cities are spreading further out into the undeveloped landscape.
1) Localize and define Prague’s inner periphery and its potential.
2) Propose a solution: revitalisation, activation, renewal, "recycling of the city", return to context, etc. The overall task and terms are to be understood in a wider sense, rather than dogmatically. 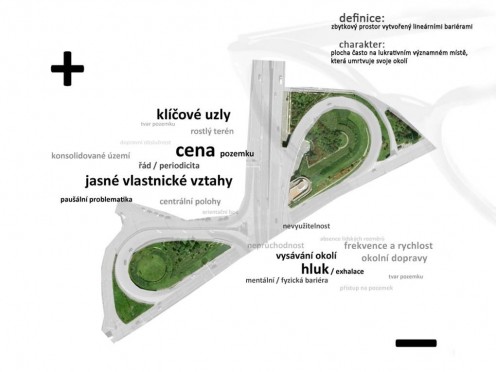