The StB Registry of Persons of Interest

At the core of the DOX Fall Season, three exhibitions: "Tomorrow strats yesterday", "The StB Registry of Persons of Interest",  "On the Road Together I -II", mark 20years since the collapse of the communist regime and address the present-​day moral and political crisis people face in the Czech Republic. The exhibits raise the question how much the ruling generation and its mentality inherited from the communist past are responsible for the current predicament of the Czech Republic.
The StB Registry of Persons of Interest installation (the acronym StB stands for Státní bezpečnost, the former State Secret Police) presents the divisive topic of access to the archives of the Communist Secret Police by using devices of contemporary art. It also draws attention to the increasingly ubiquitous phenomenon of surveillance. The exhibition runs from November 12, 2009 through the end of February 2010. 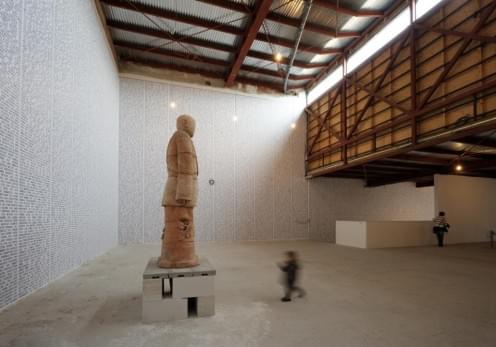 Registry of person of interest
The electronic database of the State Police (StB)
The Registry of Persons of Interest was created in the second half of the 1980s by the State Police as the backbone of its planned electronic information system. Records in this database came mostly from the State Police central operative card files, which in the mid-​1980s consisted of some 800,000 separate entries. The Registry of Persons of Interest scheme was devised in 1986 by representatives of various units of the secret police.
According to the original schedule, the database was to be put into trial operation in January 1990. It was to serve as a means of tracing information about persons that the State Police were interested in for various reasons and that were monitored by it or used by it for monitoring in various ways. The database contains all sorts of information, most importantly, references to registration or archive file numbers, records of what selected units of the secret police were interested in, or about screening that was carried out (in particular, for security clearances for access to state secrets).
According to the Slovak Institute for National Memory, the database contains records on more than 777,000 people. At present this database is used mainly for file searches by the Security Services Archive, which has taken it over as an archival tool from the Ministry of the Interior. In this respect, the database can be regarded as a unique key to the archives of the former Communist secret police.
Basic data from the database has been published on the Internet portal www.svazky.cz in 2009 and attracted great public attention. 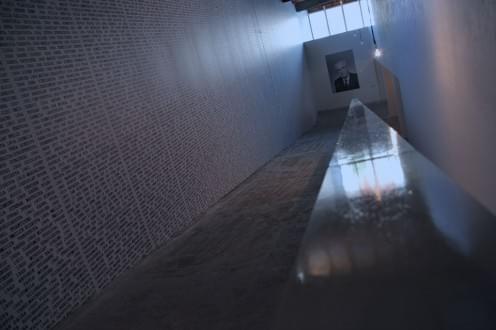 The communist regime and its victims

Although statistical numbers say little about the fate of individual human beings, they document the repressive nature of the communist regime in Czechoslovakia. In the early 1950s, there were about 420 camps and prisons in a country of 12.6 million inhabitants. In the years 1948–1960, 244 persons were executed on political ground (including several former high officials of the Communist Party). In the period 1949–1961, some 70,000 prisoners spent time in penal labor camps attached to uranium mines. About 21,440 persons were placed in forced labor camps by administrative decree in the years 1948–1953. About 4,200 prisoners died in penal institutions during the years 1948–1989 and at least 282 people were killed on the border in the years 1948–1989 while trying to escape to the free world. In 1948 alone, about 3,000 people were arrested and about 7,000 accused of “acts of treason”. After 1968 about 700,000 people were dismissed for political reasons from their jobs in various political and social institutions. The livelihoods and social standing of some 300,000–350,000 people were affected as a result of dismissals or demotion to less-​qualified jobs. In 1990, some 260,000 persons were judicially rehabilitated en masse, including tens of thousands of people who had left Czechoslovakia for political reasons.

Responsibility for the creation and implementation of that system of repression lies chiefly with the Communist Party, of which more than six million people were members over the years. The number of its members and candidates for membership fluctuated, however, from one period to the next. Its highest membership was attained in the late 1940s, when it numbered almost two million. At the end of 1966 there were about 1,689,000 members and candidates for members, while after the savage purges following the Soviet-​led occupation of August 1968, it had dropped to 1,194,000 by the end of 1970. However, hundreds of thousands people joined the Communist Party in the following twenty years, as illustrated by its membership figure of 1,721,000 at the beginning of 1989.