“We need to articulate our reality in a model that appropriately reflects our daily experiences as a people living under occupation and as refugees.”

The young generation of Tibetan writers, artists,
photographers, dancers and filmmakers all play an important
role examining what it means to be Tibetan. Join us for
a discussion on contemporary Tibetan art, literature and life
in exile as well as art inspired by the lives of young exiled
Tibetans with:
Kate Saunders – writer and an internationally acclaimed specialistof Tibet and China, Research Director for the International
Campaign for Tibet, author of the book Eighteen Layers of Hell:
Stories from the Chinese Gulag
Darig Thokmay – Tibetan poet based in Oxford
(videokonference)

Greg C. Bruno – journalist, editor, author of numerous reports on
China, Tibet, and the Tibetan refugee communities of Asia, author
of the book Blessings from Beijing: Inside China‘s Soft-​Power
War on Tibet
Viliam Dočolomanský – director of the international theatre
studio Farm in the Cave, recipient of The Europe Prize New
Theatrical Realities, author of the Refuge performance inspired
by interviews with yound Tibetan exiles in London
English with Czech simultaneous translation. 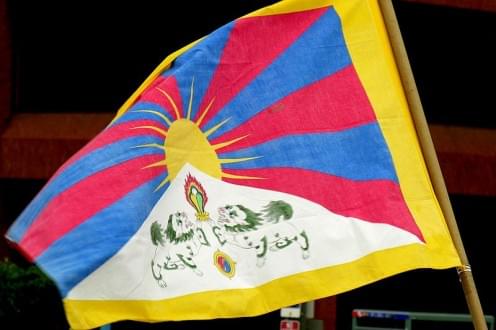 Kate Saunders is a writer and Research Director for the International Campaign for Tibet, the largest Tibet-​related international monitoring and advocacy organization. She is a founder of the Laogai Research Group in the UK and worked for the release of Harry Wu, a Chinese prisoner, in the late 1990s. Her articles have been published in newspapers and magazines worldwide including  The Times, The Sunday Times, The Washington Post , and  The Independent . She has authored or co-​authored numerous reports on Tibet and the book  Eighteen Layers of Hell: Stories from the Chinese Gulag (Cassell, 1996).
Greg C. Bruno is a journalist and editor whose work has appeared in the New York Times, Foreign Affairs, The Guardian, Forbes, and other international print and media outlets. A native of Vermont, Bruno has spent years reporting in and writing about China, Tibet, and the Tibetan refugee communities of Asia. Bruno was a term member of the Council on Foreign Relations in New York, where his work on US-​Pakistan relations earned him top honors from the Overseas Press Club and an Emmy nomination from the Academy of Television Arts and Sciences. He holds a Masters degree in the comparative anthropology of China from the London School of Economics and Political Science, and is currently an associate editor at Project Syndicate, a global opinion syndication service.

discounted for students and seniors 60 CZK

Tibet Now! is a part of micro event HERE BE LIONS within the frame of Caravan Next, large scale European Social Community Theatre Project.