The exhibition "Václav Havel: The Power of  the Heroic Imagination"

displayed at Columbia University in the City of New York
School of International and Public Affairs,  4th Floor Atrium

Václav Havel’s life and career interconnected three main roles and ideas:
a dissident and a critical citizen defending basic human freedoms,
a politician struggling to cope with questions of power and compromise, and
a public intellectual commenting on the topics of global responsibility and identity.
The idea of human rights and dissidence—with which Havel's life story is closely linked —provides a lesson that connects local history with a global present. Here, the Charter 77 initiative played a particularly important role and became an inspiration for similar movements throughout the world. Havel’s essay “The Power of the Powerless” empowers people today just as it did when it was written in 1978. The role of the critical citizen is now important both locally and globally more than ever.
As Philip Zimbardo argued, Havel internalized and uti­lized the power of the heroic imagination “to crystallize beliefs and values into social, political action”. “Such a belief system enables any of us when faced with situational forces that make us feel powerless to rise above and beyond those limita­tions and gain strength to act wisely and nobly.”“ 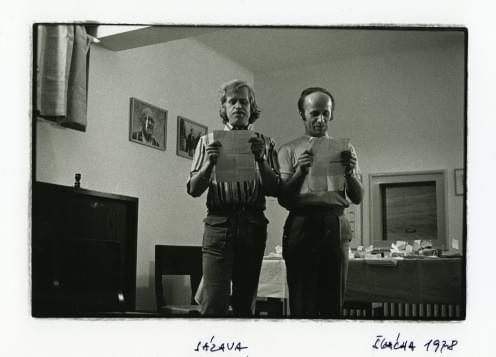 Photographs by Oldřich Škácha, Karel Cudlín and Alan Pajer
Curated by Jaroslav Anděl, Artistic Director, DOX Centre for Contemporary Art
This exhibit originated at the DOX Center for Contemporary Art in Prague where Havel celebrated his last birthday. DOX seeks to explore some of Havel’s ideas in its exhibitions and debates on democracy and social change.
www.dox.cz