Luboš Plný (*1961) is the only Czech artist represented at the Viva Arte Viva! international exhibition at this year’s Biennale of Contemporary Art in Venice. The exhibition at the DOX Centre for Contemporary Art, which will present a cross-section of his work, is at the same time conceived with a certain amount of hyperbole as an homage to the life and work of this self-taught artist and his success on the international art scene.

Luboš Plný’s work has the nature of a lifelong conceptual project, in which art is closely wedded to quasi-scientific experiments on his own body. Plný’s drawings, augmented with acrylic painting, collages, and assemblage depict the human body split into horizontal slices. Individual layers – skin, muscles, bones, the vascular system, and organs, are depicted with different colours and together form a dense filigree network. Each work is accompanied by records of how it was created. 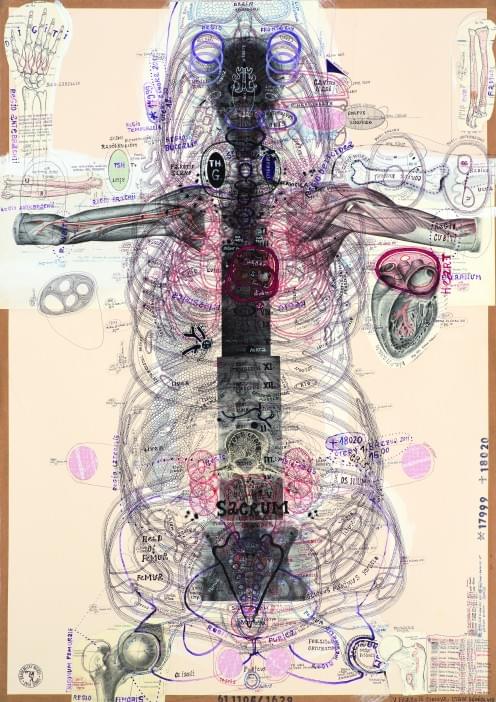 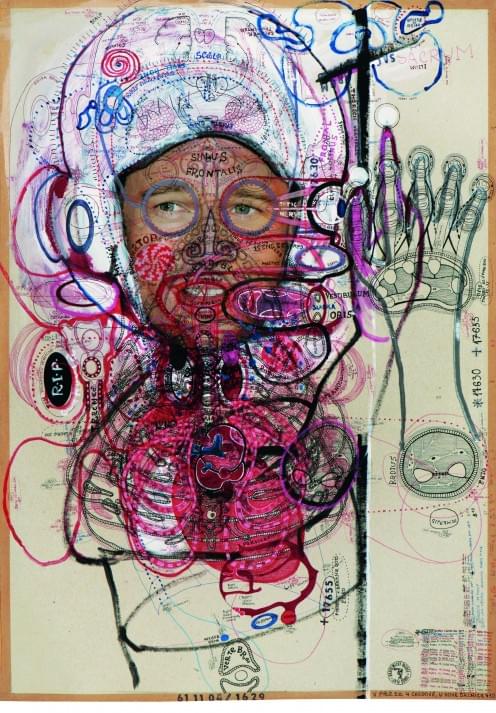 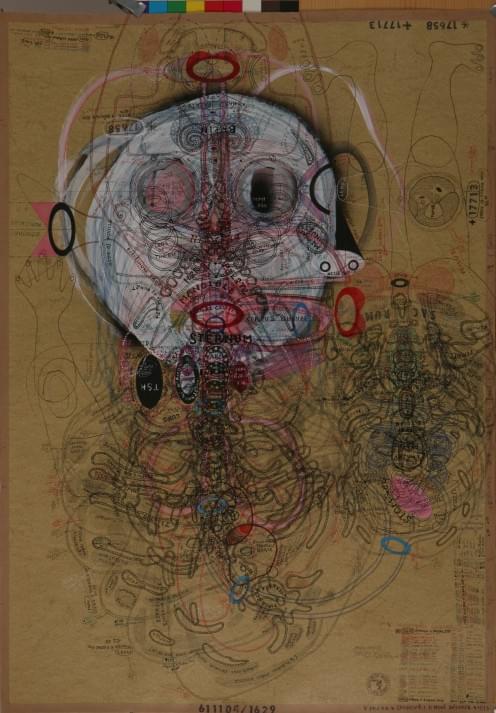 Though his “anatomical auto-​portraits” have brought him greatest recognition, for Luboš Plný his most important project is his Academic Model, which will be presented at the beginning of the exhibition. It includes letters of recommendation from artists, medical certificates, psychological evaluations, and photographs in which he has stylized himself into the positions of figures from the history of art. Based on this documentation, in 2000 the dean of the Academy of Fine Arts in Prague granted Plný the hitherto nonexistent title of “academic model”. Since then, instead of a signature he has been using a round stamp with the symbol of the Discobolus surrounded by his name and title.

The Prague public has so far been exposed to Luboš Plný’s work primarily as part of exhibitions of international art brut (abcd, art collection, GHMP, Dům U Kamenného zvonu, 2006;  Anatomia Metamorphosis, Museum Montanelli, 2011; Art Brut Live, DOX, 2015). He has had solo shows in Prague at Millennium (2002) and Artinbox (2017). The Viva Luboš Plný exhibition at DOX will be his hitherto largest solo show in the Czech Republic.

Works for the exhibition have been loaned by: French collector Bruno Decharme, Museum Montanelli, the Pacific Ocean Association, and other private collectors.

Put on by: ABCD (Paris-​Prague) and the DOX Centre for Contemporary Art