The exhibition takes place at the Fine Art Archive at DOX within the project Shelf.

Although he works in a number of art genres, Vladimír Havlík (1959) is primarily a performer, and thus an artist for whom the process is the main material, and the work’s communicative dimension has fundamental significance.

Havlík’s books, which he wrote during his first creative period, from the end of the 1970s to the end of the 1980s, supplement his performances of this phase of his thinking, especially through their entirely different, spatiotemporal nature. Process plays a role here as well – how one moment follows another, which is important in performance art, but also characterizes a book: just the act of opening it means a sequence of two views, with something added each time a page is turned. Both a book and a performance involve a process.

One of Havlík’s books is directly based on this principle of implication - explication. A metaphor consisting of a play on words in its title, and an image or information that provides the rest of the story after the book is opened. These works are usually of a lighter, ironic or self-​ironic nature (The Definition of Bad Luck containing warranty claim ticket no. 13, How I Promised What I Failed to Keep, with the author’s Pioneer ID including the Pioneer pledge, etc.). Books featuring a drawn line or a thread running through their pages correspond to a deeper activity. The line is a formal element that Havlík has examined in detail in various versions in his performances and books. Its important characteristic is that it creates opportunity for movement, one of the most important and most natural of processes, and simultaneously, aside from space, one of the most important means of process-​based art. 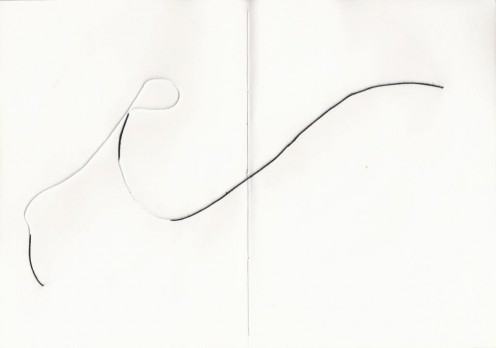 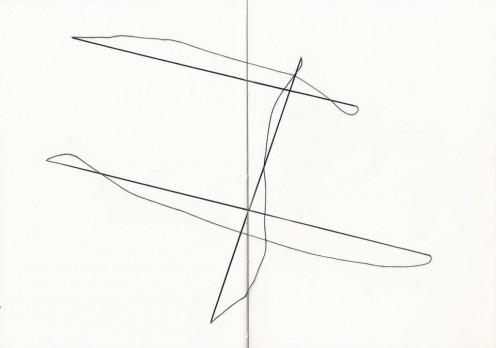 In his work, Havlík points out the true spatial nature of the book, which is best seen in the turning of pages. Havlík’s thread, which passes through the entire book, can in some places be pulled out and away from the book, so that in another location it is drawn taut and holds the pages at a certain angle. Shorter threads that cross each other on individual double pages rest on drawn straight lines when the book is opened completely. On a white page, an alternately black and white-​coloured thread appears and disappears, the line is interrupted and suddenly continues, the black section hanging in space, seemingly without touching the book.

Havlík’s books show us that a fundamental artistic process – drawing, need not necessarily take place on a flat surface. It can move out of it into space, and a remarkable object – a book, will thus be both the instrument of this phenomenon and the stage upon which it takes place.